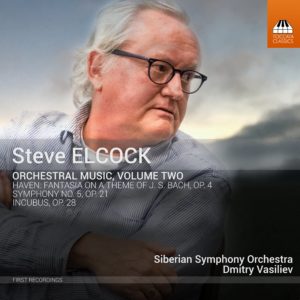 This second volume of orchestral music by the English composer Steve Elcock (b. 1957), long since resident in France, brings three powerful works all with their origins in earlier pieces. Incubus examines the terrors of nightmare-riven sleep in a vigorous symphonic essay based on a movement from Elcock’s string quartet Night after Night. The impulse behind Haven, an expansive and surprisingly muscular fantasy, is the Sarabanda theme from Bach’s First Partita for solo violin. And Elcock’s Fifth Symphony takes its cue from the most famous of all Fifth Symphonies, re-examining Beethoven’s structural logic in Elcock’s own musical language to produce a volcanic new Fifth, its charge of wild energy husbanded to maximum dramatic effect.

This third volume of orchestral music by the Anglo-French composer Steve Elcock (b. 1957) features two symphonies and a quasi-concerto. Over the course of its two movements, the Sixth Symphony, which bears the title Tyrants Destroyed, moves from grief to outrage, rising to a grimly triumphant conclusion. The one-movement Seventh – with some of its material derived from the words of a song Elcock heard in a dream – runs a gamut of emotion, from anger to heartbreak, in its impassioned narrative. Manic Dancing, a piano concerto in all but name, inhabits a complex world of driving rhythms, nostalgic flashbacks and hectic dance music – buoyant and good-natured, like Martinů on speed. 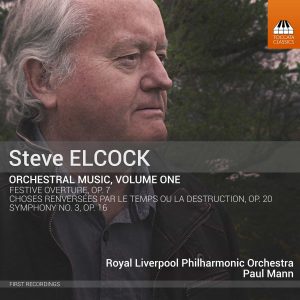 The English composer Steve Elcock (b. 1957) has been writing music since his teens, but with virtually no contacts in the musical world, told no one what he was doing – and thus has evolved a compelling symphonic style entirely his own, combining virtuoso orchestral writing with a sense of momentum that has its roots in the Nordic-British tradition of Sibelius, Nielsen, Simpson, Brian and similar figures. His Third Symphony is a vast canvas generating fierce energy and titanic violence, leavened at times by a sardonic sense of humour. Choses renversées par le temps ou la destruction is a dark symphonic triptych where fragile beauty is constantly at threat from the forces of ignorance. The breezy, buoyant Festive Overture, by contrast, has a Waltonian swagger that barrels on with relentless good humour. 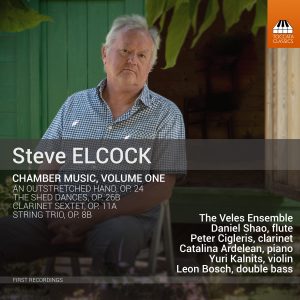 The English composer Steve Elcock (b. 1957) spent years writing music without ever expecting it to be heard. The works on this first album of his chamber music show contrasting aspects of his style: the Clarinet Sextet and The Shed Dances are immediately appealing in their melodiousness, harmonic language and mischievous sense of humour, whereas the String Trio No. 1, with its stark juxtaposition of contrasts, and the sextet An Outstretched Hand, which treads a fine line between grief and consolation, both offer powerful comment on our troubled 21st century. 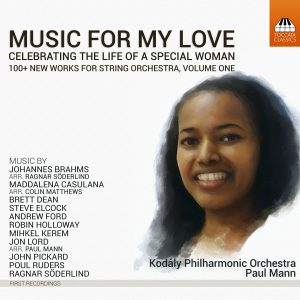 CELEBRATING THE LIFE OF A SPECIAL WOMAN

When in late 2014 Yodit Tekle was diagnosed with stomach cancer, her partner, Martin Anderson, who runs Toccata Classics, asked a couple of composer friends to write some music to bring her comfort in her illness. As her life slipped away, he had the idea that she could be remembered in music and so he began to commission other pieces for string orchestra in her memory. To his surprise, almost everyone he asked generously accepted, and so the project snowballed: there are now over 100 composers who have written or agreed to write for it – an undertaking unique in the history of music. This first volume presents the first eleven pieces in an initiative which, in effect, transforms love into something you can hear.

Explore and Support This Project 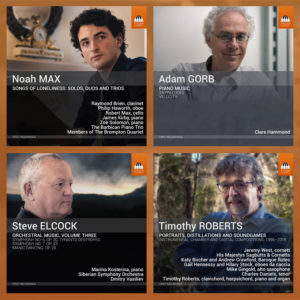 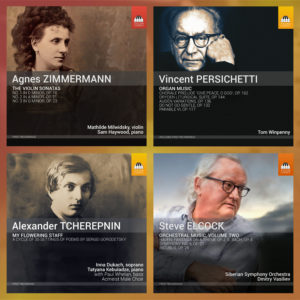 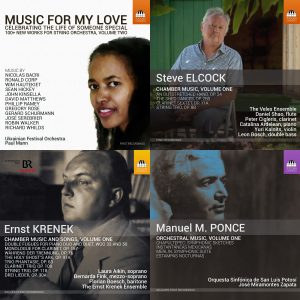 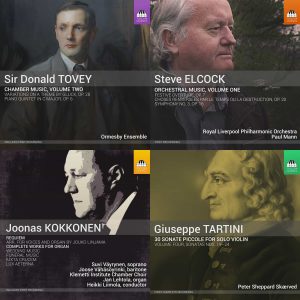 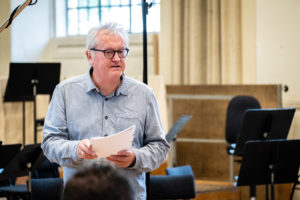 Steve Elcock has mastered the fast introduction. A device favoured by Berlioz gets a new lease of life: both Elcock’s Third (2005–10) and this new… 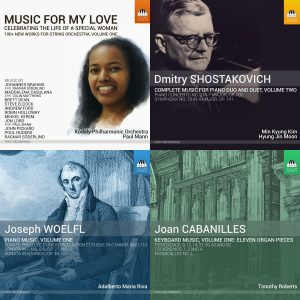 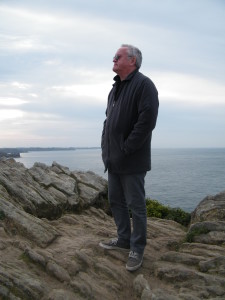 UPDATE – STEVE ELCOCK: ORCHESTRAL MUSIC, VOLUME ONE IS OUT NOW! You can imagine that, running a recording label, I get approaches from all sorts…

Help to make the first recording of Steve Elcock’s Orchestral Music a public release by funding the IndieGoGo campaign: After writing music for over 25… 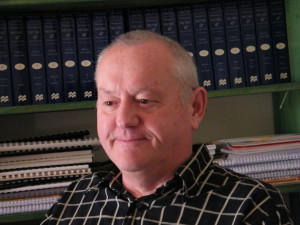 Coming in from the Unknown

English composer Steve Elcock describes his emergence from total obscurity At the age of seventeen, I sat the entrance examination to go to Oxford to… 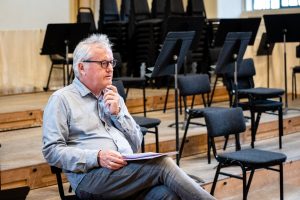 Recording “An Outstretched Hand” and Other Chamber Works

At half past four on a Friday morning in May 2018 I set out from my home in south-eastern France to go to England. The… 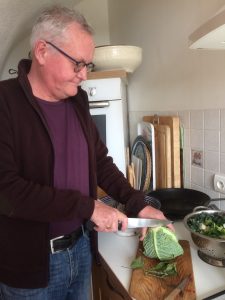 After I posted a recipe on one of the social networks, two composer friends suggested, jokingly, that I should come up with a recipe for…