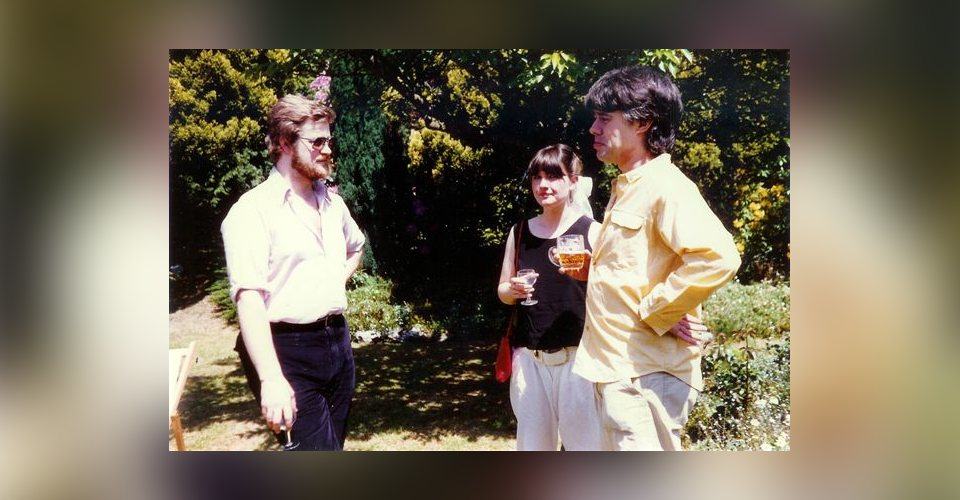 Well, the end of November brought me three-quarters of the way through my sponsored slim and so I am pleased to report that when I was weighed at the beginning of December, I had reached just over 328 lbs – down from my starting point of 363 lbs. I have to confess that 35 lbs isn’t as much as I had hoped to lose by now, and I’ll have to step up the rate of loss if I am to regain my 1980 figure (as in the photograph above) by the end of the year – but I reckon I’d have to lose over 4 lbs a day to do that! (BTW, the figure on the right in the top photo is Michael Ponder, in the days when he was still playing viola in the Philharmonia, and we were enjoying a summer party in Lewis Foreman’s garden.) So my next report will come at the end of the year and the end of my slim, when I tell you how much I have lost – but I will keep on trying to keep my weight under control after that. And it’s not too late to sponsor me in the meantime, no matter how small the amount, and help keep the Toccata wheels turning!

I run the CD label Toccata Classics and publish books on classical music as Toccata Press; I also write a bit about music in various publications in Britain and abroad. My degree (from the University of St Andrews, in 1977 – I’m a Scot) was in mediaeval French and German, and thereafter I worked in economics for twenty years, in London and Paris; I’ve been back in London since 1997. The main thrust of the postings in this blog will be in classical music, but since I am a secular liberal and free-marketeer with a healthy contempt for politics (economics is the study of the creation of wealth, and politics is the process by which it is wastefully dispersed) and a guarded resentment of religion, please don’t be surprised if I occasionally thump the tub on issues other than forgotten composers and other aspects of the musical world.
Categories : News
Tags : Martin Anderson, Sponsored Slim, update
Previous Post →
← Next Post