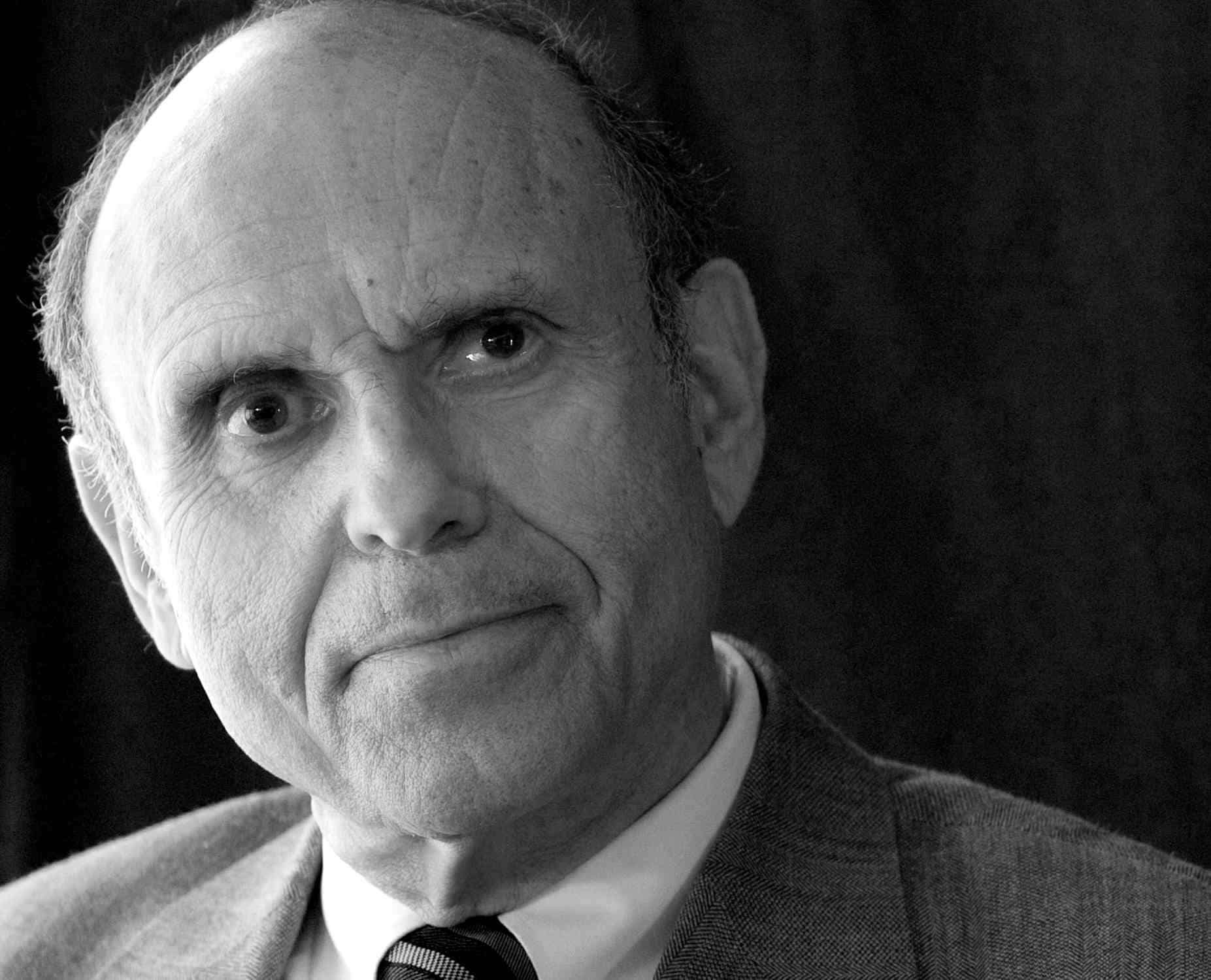 Several years ago, through a mutual acquaintance, I met Dongmin Kim, the conductor of the New York Classical Players, and we immediately felt a kinship. We spoke at length about some of my compositions which would fit into the programmes of the orchestra. He selected my Third Concertino for String Orchestra and performed it fantastically. It was put on YouTube and the comments were 100 per cent positive. We began to correspond about other works of mine for string orchestra, with or without soloists, and came to the conclusion that there were enough to fill an album. Enter my friendship with Martin Anderson, which dated back to a lunch in London after a recording session with the Royal Scottish National Orchestra in Glasgow, during which we discussed some possible future recording projects. These two contacts, the one with Dongmin Kim and the other with Martin Anderson, have now yielded two albums. The first, of chamber and instrumental music (TOCC 0624, released in December 2021), spans almost 60 years, ranging from my Violin Sonata No. 2 (composed in 1956) to the Tenth String Quartet from 2014.

The music on this second album (TOCC 0642) also covers many years. The Elegy is the oldest, written for the Dallas Symphony Orchestra in 1962 upon the death of Marjory Fulton Harrell, the mother of the famous cellist Lynn Harrell. It became, in a slightly reduced form, the second movement of my Third String Quartet. This is also the case with Gedenkfeier, written so many years later (2018) but also becoming a slow movement of a string quartet, this time my Ninth. Of course, I took this path following the famous Barber Adagio, which is the second movement of his First String Quartet.

I try to write works which are commissioned by friends or for specific occasions, and so the other works on this disc all fall into this category. However, I want to say something about the two arrangements. The Ives Variations on America was written at the request of my publisher, Theodore Presser. During the pandemic many orchestras throughout the world had to downsize. For many, it meant that they could have only strings, with all the players wearing masks. Consequently, the people at Presser asked me to orchestrate these Variations for strings. By the way, they mentioned that the William Schuman full orchestration of this piece, originally for solo organ, was their bestseller, and they expressed the hope that my arrangement would eventually live up to those expectations. My Holst arrangement was commissioned for a tour by the New York Classical Players, which took them to South America and South Korea. Dongmin Kim wanted something that would always stir the audience and suggested ‘Jupiter’ from The Planets: I hope I did the work justice.

I could not be happier with the results and hope that this recording will give pleasure to many music-lovers. I believe that its many contrasting movements could address the multiple emotions engendered by these desperately troubled times.

Photos from the life and career of Samuel Adler

Harald Raab described the event in the daily newspaper Rhein-Neckar-Zeitung on 26 June:

A shiny polished brass sign at the entrance now identifies this space as the ‘Samuel Adler Hall’. In addition, the composer, who was born in 1928 as the son of Hugo C. Adler, the chief cantor at Mannheim’s main synagogue, was appointed an honorary member of the community. Since he was expelled by the Nazis with his family at the age of eleven and could no longer celebrate his bar mitzvah in Mannheim, he was subsequently presented with the corresponding certificate for this act of maturity in the Jewish community.

Throughout his life, Samuel Adler has proven that he is a bridge builder with the unifying power of music. Accordingly, he also titled his autobiography, which was initially only published in English, as follows: ‘Building bridges with music’. Already as a US soldier he founded the Seventh Army Symphony Orchestra in Germany in 1950 and thus also played in Mannheim. His motto was then and even more so today: ‘Forgive without forgetting’.

‘We pay tribute to an American composer’s life, but at the same time also to a biography of Mannheim’, said the Lord Mayor. Despite all that the Nazi regime did to him and his family, Adler did not let contact with Germany break off. He recalled Adler’s formative experience of how he and his father saved books in the synagogue that had already been destroyed during the Reichspogromnacht in 1938:

In his laudatory speech, cellist Eginhard Teichmann, honorary member of the Mannheim Music Academy, outlined Samuel Adler’s work and universal significance in the world of modern music. He belongs to the ‘elite of contemporary composers’. … Until a few years ago, he was a professor at the famous Juilliard School in New York. His master classes and seminars are still in demand worldwide, especially in Germany. His book ‘The Study of Orchestration’ is the standard work par excellence.

Adler’s oeuvre includes over 400 works, including five operas, six symphonies, eight string quartets, other instrumental concertos, choral music and songs. The concert gave a sample of this from all creative periods.

Finally, Friedemann Dölling, cello, and Rudolf Meister, piano, congratulated the tirelessly creative optimist Samuel Adler on his 90th birthday with Eginhard Teichmann’s piece ‘Young Old Sam’. He reciprocated with all the performers of his music: ‘They played and sang wonderfully. It was an extraordinary pleasure for me’.

Samuel Adler was born on 4 March 1928 in Mannheim, Germany, and emigrated to the United States in 1939. He was educated at Boston University and Harvard University: his major teachers in composition were Herbert Fromm, Walter Piston, Randall Thompson, Paul Hindemith and Aaron Copland, and Serge Koussevitzky in conducting.

He is Professor Emeritus at the Eastman School of Music, where he taught from 1966 to 1995, and served as chair of the composition department from 1974 until his retirement. Before going to Eastman, Adler served as professor of composition at the University of North Texas (1957–77), Music Director at Temple Emanu-El in Dallas, Texas (1953–66), and instructor of Fine Arts at the Hockaday School in Dallas, Texas (1955–66). From 1954 to 1958 he was music director of the Dallas Lyric Theater and the Dallas Chorale. From 1997 to 2017 he was a member of the composition faculty at the Juilliard School of Music in New York City. He has given master-classes and workshops at over 300 universities worldwide, and in the summers has taught at major music festivals such as Tanglewood, Aspen, Brevard and Bowdoin, as well as others in France, Germany, Israel, Spain, Austria, Poland, South America and Korea.

He is the recipient of numerous prizes, including a 1990 award from the American Academy of Arts and Letters, the Charles Ives Award, the Lillian Fairchild Award, the MTNA Award for Composer of the Year (1988–89), and a Special Citation by the American Foundation of Music Clubs (2001). In 1991 he was named the Composer of the Year by the American Guild of Organists. He was inducted into the American Academy of Arts and Letters in May 2001, and into the American Classical Music Hall of Fame in October 2008. In May 2003, he was presented with the Aaron Copland Award by ASCAP, for Lifetime Achievement in Music (Composition and Teaching). In 2018 he was awarded the Bundesverdienstkreuz (Order of Merit of the Federal Republic of Germany), the highest civilian honour given by the German government for special achievements in cultural, economic, intellectual or political fields.

Samuel Adler has appeared as a conductor with many major symphony orchestras, both in the USA and abroad. In addition to his two new albums for Toccata Classics, recordings of his works have been released by numerous other labels, including Albany, BIS, Crystal, Dorian Sono Luminus, Gasparo, Gloriae Dei Cantores, Gothic, Linn, Mark Records, MSR, Navona, Naxos and Naxos American Classics, New World, Paraclete, Raven, RCA, Parma, Summit, Vanguard and Vox. In July 2016 The Guardian reviewed ‘José Serebrier conducts Samuel Adler’ (released by Linn): ‘Adler’s sixth symphony is so loud, frantic and brilliantly exciting it will blow you across the room. [...] The cello concerto is initially far more introspective, offering long, singing lines for the soloist, beautifully realised here by Maximilian Hornung. But Adler can’t resist moving things along in the finale’. The Gramophone reviewer wrote in the August 2016 issue: ‘On this recording conductor José Serebrier brings out cleanly defined lines, pert wind solos and an old-fashioned thick American string sound that harks back to the symphony’s dedicatee, Serge Koussevitzky. […] Hornung embraces the generous, extrovert solo writing [of the Cello Concerto] and there’s an attractive heft to his sound’. BBC Music magazine (May 2018 issue) described Linn’s three-disc set Samuel Adler: One Lives but Once, celebrating the composer’s 90th birthday: ‘In the two fascinating symphonies from the 1950s, you can hear Adler building his personal profile from Hindemith, Piston, Copland, all of whom were his teachers, and his own strong Jewish heritage. […] In the Violin Concerto of 2012, Siwoo Kim’s impassioned playing adds notable fire to the busy textures. But for instrumental niceties it’s hard to beat the dancing simplicity of Into the Radiant Boundaries of Light’.