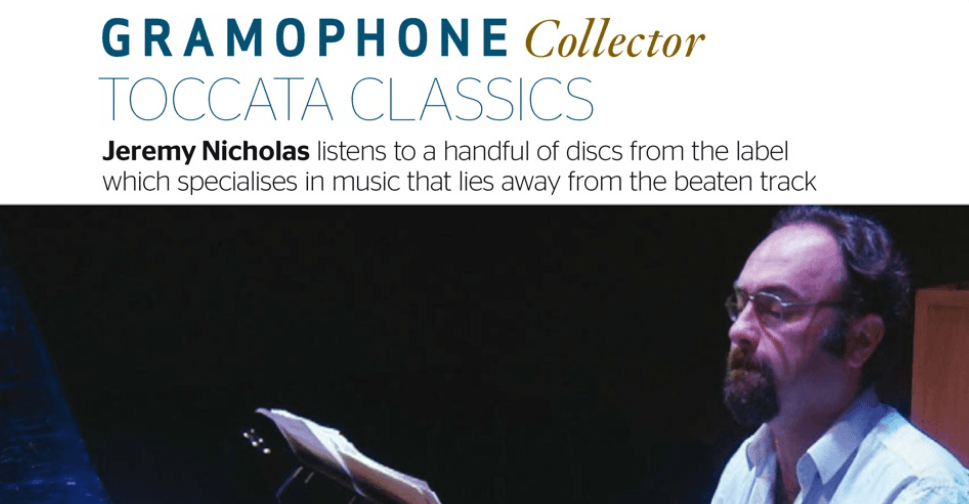 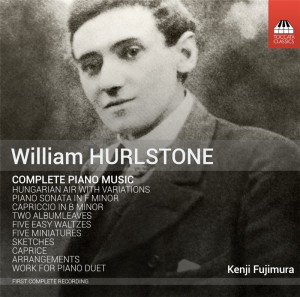 “…while I usually run a mile if I see an artist billed as ‘Prof’ or ‘Dr’, in this case scholarship and musicianship are on a par. … Two pieces are outstanding: Lisztians will recognise the theme of Hurlstone’s Hungarian Air with Variations from its use in the second (C sharp minor) section of the Hungarian Rhapsody No. 6; the 11 brief and highly contrasted variations, more englisch than ungarishce, would make a delightful sequence in any recital. …” —Jeremy Nicholas, Gramophone 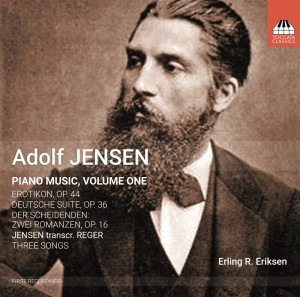 “Adolf Jensen is another second-division composer who died young but whose music is much better than his current presence on disc and in the concert hall would indicate. … His Deutsche Suite, Op. 3, is an affectionate pastiche of Baroque dance movements ending with a neatly turned fugal Gigue. Jensen was highly regarded as a song-writer. Three of more than 160 he composed sufficiently impressed Max Reger to transcribe them. These make up a thouroughly enjoyable programme, rather closely recorded but played most appealingly by the Norwegian pianist Erling R Eriksen.” —Jeremy Nicholas, Gramophone 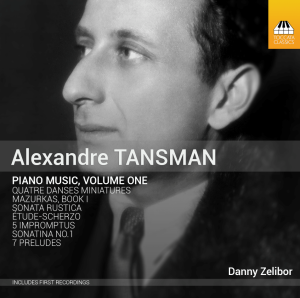 “Danny Zelibor, in his excellent booklet deftly characterising each piece, for instance describes the harmonies of the Sept Préludes as ‘at one turn just shy of a Gershwin song or Scriabin prelude, and at the next [becoming] dense stacks of sound that climb up three staves’. Tansman’s compelling Sonata rustica embraces neo-classicism, jazz and polytonality, often chasing between them within a few bars. … Zelibor shows them in the best possible light.” —Jeremy Nicholas, Gramophone 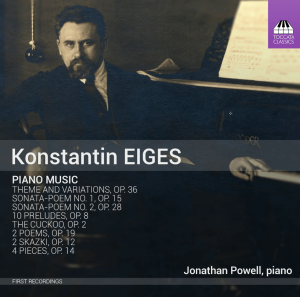 “If, like me, you have never come across the Ukrainian compoesr-pianist before, his music, to quote Toccata, ‘bears the impress of Taneyev, his teacher, and of Scriabin and has points in common with his friends Medtner and Rachmaninov”. Jonathan Powell…plays eigth works…with the command and authority that only come from deep immersion in the music of this period. Iwas particularly taken with the Sonata-Poem No. 1, the Dix Préludes and the Four Pieces. Of all these Toccata discs it is Eiges who, for me, offers the most rewarding and consistently satisfying discoveries.” —Jeremy Nicholas, Gramophone 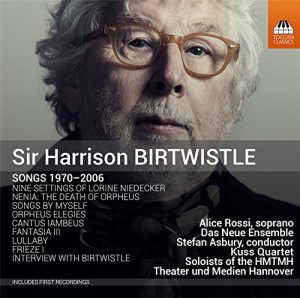 “Nenia: The Death of Orpheus, written in 1970 as part of the build-up to The Mask of Orpheus, was recorded by its commissioner, Jane Manning, in 1971 (Lyrita, 1/75, 10/08). This ‘dramatic scene’ is powerfully projected here by Alice Rossi, who is no less characterful in the short set of Songs by Myself (1984), with Birtwistle providing his own texts for the kind of ‘cold thoughts’ that often attract him for musical setting. These sparsely accompanied miniatures anticipate the small-scale collections he has favoured in recent times, including the ongoing Lorine Niedecker sequence, setting an American poet whose tiny verses strain hauntingly against conventional grammar and syntax. The singer here is the excellent Sophia Körber. … The booklet with this new CD misses the part-text that is heard in tr 8, but the performance is admirable and all the recordings, taken from an 80th-birthday celebration of Birtwistle’s music in Germany, are satisfyingly polished and atmospheric.” —Arnold Whittall, Gramophone

Find all of these reviews in their entirety in the September 2015 issue of Gramophone Magazine!

Find them all at Here!