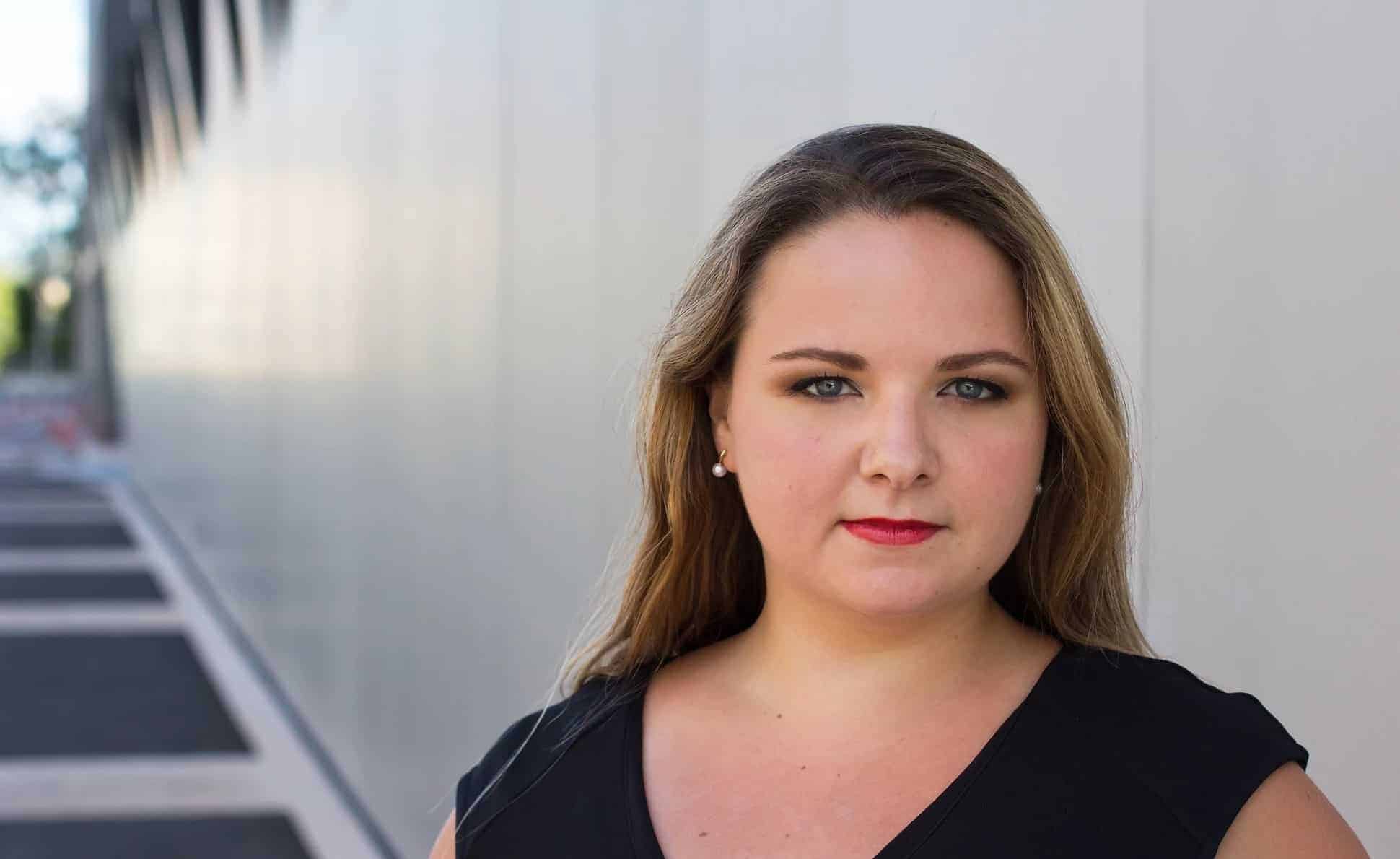 The prolific compositional output of Elisabeth Lutyens includes 129 vocal pieces. The two pieces included on this album were written seventeen years apart: Nativity in 1951, and Epithalamion in 1968, but they represent two very different stages in Lutyens’ life and career.

In 1948, Lutyens had suffered a second nervous breakdown, attributed to alcoholism and financial worries, since she was the sole breadwinner in her household. The previous year, 1947, had seen her first foray into dramatic stage-works with her chamber opera The Pit, commissioned by William Walton. Although it had been premiered in 1947 as a concert performance, it was staged only once, in Sicily in 1949, at the International Society for Contemporary Music (of which Lutyens’ husband, Edward Clark, was the president) to a lukewarm reception, amid accusations of nepotism for staging a work ’written by the wife of the Society’s president’. In 1950, she separated from Clark, and her good friend Constant Lambert died in 1951. She was treated for depression in an asylum, and in her autobiography 1 describes this time as a ’period of great uncertainty and difficulty, which made concentration on my own work almost impossible’. She describes 1951, the year in which Nativity was premiered, as a ’barren, tragic year‘.

Nativity, perhaps best known nowadays as a choral piece with soprano and baritone solo, was originally written for solo soprano and string orchestra. It was commissioned by The Arts Council and Riddick String Orchestra for the 1951 Festival of Britain. It premiered at St Bartholomew the Great in London, conducted by Kathleen Riddick, to whom the piece is dedicated. Lutyens was disappointed that she was commissioned to write only a four-minute carol within such a large-scale event, and characteristically chose an unconventional text by W. R. Rogers (who had also provided the libretto for The Pit). It tells the story of the Nativity, while also lamenting the world into which the Christ child is born. Rogers, born in Northern Ireland, had been a priest and then a producer at the BBC. His poetry is characterised by a deep spirituality and a stark awareness of the sometimes painful reality of the world around him.

In Nativity one can see in miniature form the same techniques and structures used in operatic writing: clearly delineated sections of recitative, lyrical arioso and a bombastic, percussive section, all bookended by a haunting waltz in the organ part. The choral version of the piece calls for soprano and baritone soloists and has a Greek-chorus-like section for sopranos and tenors in unison. In performing the solo version, I think that the main challenge for the singer is to show and convey all of these changes in character, colour and tessitura with only one voice.

There is an unease in both the text and the music: the first, lyrical section, with its angular vocal writing and unusual intervals, has an almost plaintive quality, while the ‘Herod-angels’ announce the nativity not in joyful triumph but in ‘heartless song’ that ‘drones on through grumbling glooms and weeping continents’. After a questioning recitative, low in tessitura, the 12/8 bombastic section has a percussive, march-like quality, full of menace, building to a climactic fff A flat on ’sing, sing, sing‘ and the sinister chromatic descent on ’for unto you this day is born a King’. A final, prayer-like recitative calls upon God to ‘send light into this dreadful wood that is the world’. A desperate poco agitato, with pleading semitones on ‘fill with leaf the hungry gaps’, leads to a seemingly consonant perfect fifth on ’the heart’s singing birds’. The organ takes over with a clashing pianissimo C, before concluding the piece with the same haunting waltz with which it began.

By 1968, the year Epithalamion was premiered, Lutyens was far more confident in her vocal writing. She had written only seven vocal works in the 1950s, but she wrote 24 in the 1960s, including her three full-scale operas, The Numbered, Time Off? Not a Ghost of a Chance! and Isis and Osiris – writing the librettos for the last two.

Epithalamion was commissioned by Hilda Cross for her wedding to Anthony Gaddum in 1968 and was premiered by Noelle Barker and W. E. Whiteman. It is written as an organ piece with an optional ’though preferred‘ solo soprano part. The British Library has three drafts of Epithalamion, which offer some interesting insights: in both of the pre-publication copies, Lutyens mistakes the name of the couple, writing ’Hilda and Anthony Gadchum‘, perhaps suggesting that she didn’t have a close personal relationship with them. The text, by Edmund Spenser, was taken from The New Oxford Book of English Verse and a typewritten printed copy is affixed to the inside of the score. Epithalamion is the first vocal writing of Lutyens not to have any barlines, although the first draft manuscript score has faintly pencilled time stamps throughout, in the manner of a film score. This gives a sense of timelessness to the performers, which is immensely freeing.

In a BBC radio interview, Lutyens said that until she was in her sixties, the financial risk and time that writing and mounting a full-scale opera presented meant that she simply couldn’t afford it. In 1953, William Glock had invited her to give composition master-classes at the Dartington Summer School, and it was Dartington which subsequently commissioned her song-cycles Hatsu-Se and Akapotik Rose, allowing her the freedom to explore the art form and experiment with text. Hatsu-Se is in Japanese, while Akapotik Rose sets phonetic poetry by Sir Eduardo Paolozzi, and there is a real sense of both continuity and development from these works to Epithalamion. The vocal writing is dramatic and virtuosic: broad, expansive phrases, wide leaps, a huge dynamic range from pp to ff, soaring high dramatic top Bs, all anchored and supported by a full, dense organ part. Spenser’s beautiful text tells of the morning of a wedding. The groom calls on his bride on the morning of their wedding: ’wake now, my love, awake, for it is time’. The sun has risen, and a veritable aviary of birds sing and ’carroll of Loves praise‘: the lark, the thrush, the mavis, the ouzell, the ruddock. There is exquisite word-painting in the music too: Lutyens asks for the singer to glissando and to ’trill on one note‘ in several places: a Monteverdian, gorgheggio-like vocal effect that she had previously used in both Akapotik Rose and in And Suddenly it’s Evening, her 1966 song-cycle for tenor and chamber orchestra. It is a wonderful piece to explore and to perform.

In both these pieces there is a sense of Lutyens experimenting with existing compositional techniques and making them her own, and even today the end result feels excitingly new.

I was struck by these lines of poetry that Lutyens wrote in the 1960s, intended for inclusion in Time off? Not a Ghost of a Chance!, but subsequently omitted.

Philippa Boyle trained in Rome at the Opera Studio Santa Cecilia, where she studied with Renata Scotto, and at the Conservatorio di Musica Santa Cecilia. Before her studies in Italy, she held a choral scholarship at Clare College, Cambridge, where she read Classics. She was a Nevill Holt Opera Young Artist in 2020–21.

Her recent operatic engagements include Leonora in Verdi’s La Forza del destino, Jenifer in Tippett’s The Midsummer Marriage and the title roles in Janáček’s Jenůfa and Kát’a Kabanová, all for Fulham Opera; La Chouette in Ravel’s L’enfant et les sortilèges with VOPERA (the Virtual Opera Project) and the London Philharmonic Orchestra (recorded during lockdown); Eva in Die Meistersinger von Nürnberg (‘Philippa Boyle’s luminous soprano and shimmering, tight vibrato ensured a vividly sung Eva’ – Opera Magazine); Elisabetta de Valois in Verdi’s Don Carlo (‘She has a focused, jugend-dramatisch voice […] and Boyle kept the best till last, turning in a mesmerising performance of Elisabeth’s huge aria in Act Five’ – www.planethugill.com); and Mum in Mark-Anthony Turnage’s Greek in the Arcola Theatre (‘Boyle’s Mum is a tour de force of versatile character acting, her soprano lyrically expressive’ – Operissima). She has sung Elizabeth in Donizetti’s Maria Stuarda for OperaUpClose (‘Sitting just feet away from voices trained to fill an opera house can be thrilling, especially with powerhouse voices such as Philippa Boyle’s impressive soprano, laser-like in focus and attack’ – The Stage) and the title role in Puccini’s Tosca at the King’s Head Theatre (‘A passionate, stand-out performance from Boyle, who not only has a big and beautiful voice, but also excellent comic timing’ – Everything Theatre). She has performed with Glyndebourne Festival Opera, Festival d’Aix-en-Provence and Wexford Festival Opera (in Vaughan Williams’ Riders to the Sea, ‘As the protective older daughter, Cathleen, Philippa Boyle sang with a gently glinting soprano’ – Opera Magazine).