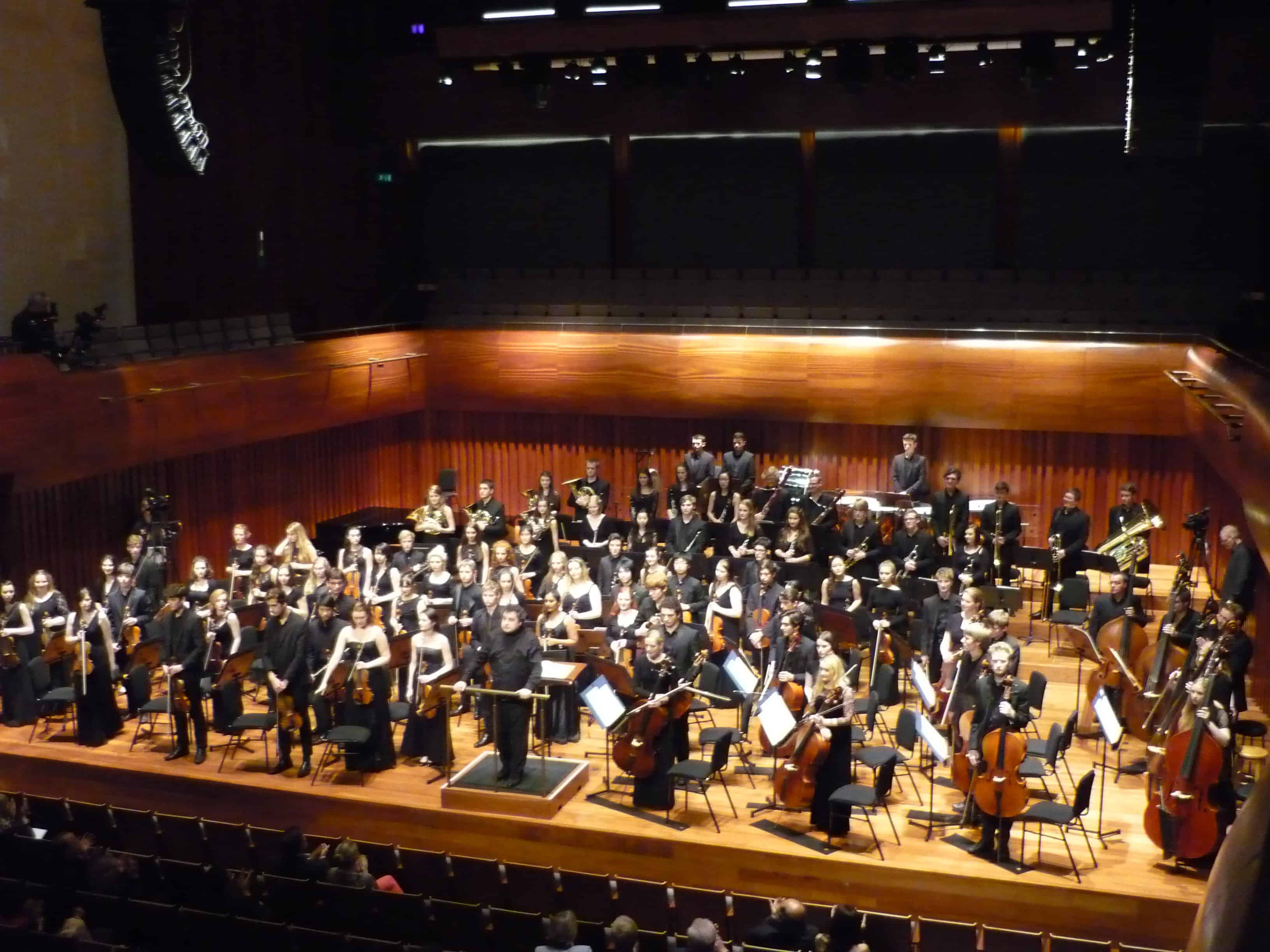 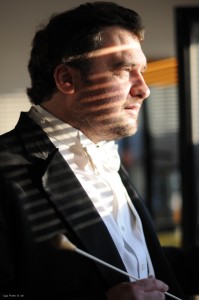 Professional involvement in an activity has its dangers: you can become so pre-occupied with the detail of the building you’re examining that you fail to notice the grandeur of its architecture; you can even forget why you are looking at it in the first place. I’m sure I’m not the only critic who sits through far too many concerts dutifully making notes, trying to find ways of describing a lacklustre experience that will somehow also make good reading or who, despatched to write up a first performance, chafes through the standard repertoire either side of it. But every so often something happens to strip down the acquired layers of ennui and remind you why you are there: a performance of music you thought you knew backwards will reveal aspects unsuspected, and the emotional power that had long since leached out of conventional readings hits you in the gut – the impact being all the stronger for the surprise.

Luckily, I can still have my priorities reset to default mode on occasion. It happened in the mid-1990s, for example, with Osmo Vänskä’s pared-down re-interpretations of the Sibelius symphonies, encountered in concert in Finland to begin with and then on his cycle of the works for BIS. A decade earlier Horowitz and Horszowski (in two very different concerts four days apart) made it clear I had misunderstood Chopin. At the Proms in 2003 Jukka-Pekka Saraste and the BBC Symphony Orchestra presented Bruckner’s Fifth Symphony not as a monumental Statement of Eternal Verity, a sort of Linz Cathedral in sound, but as an organic, evolving, living process. I had never heard Bruckner taken that way before – even by the most consummate Brucknerian of them all, Günter Wand – and it was revelatory. In 2010 Paavo Järvi brought the Deutsche Kammerphilharmonie Dresden to the Proms and blew the dust off Beethoven to reveal the primal energy seething below the surface (that cycle appeared on disc, too, from RCA Red Seal). This year sees the end of The Beethoven Journey – a series of concert tours and three CDs from Sony – where Leif Ove Andsnes and the Mahler Chamber Orchestra have taken a revitalising look at the Beethoven piano concertos and the Choral Fantasia in performances that renew the listener’s direct contact with the essence of the music.

As the dates in my previous paragraph suggest, these radical re-appraisals come around only slightly more frequently than Halley’s Comet. But another one came into view on 24 October, blazing brightly in Milton Court, the new concert hall that’s part of the Guildhall School of Music and Drama at the Barbican, when Paul Mann conducted Chetham’s Symphony Orchestra – all students at Chetham’s School of Music in Manchester – in a programme of Bernstein, Prokofiev and Tchaikovsky. Paul joined the roster of Toccata Classics artists this summer when he recorded the four orchestral works by Leif Solberg that form the major part of TOCC 0260, the CD that this December will be the 200th release from Toccata Classics; you’ll find Paul’s blog posting on the music and the recording sessions here – and there will be more on this milestone in the life of the label in due course. My direct experience of Paul’s work goes back to October 2010, when I was persuade to go and hear him conduct the Chetham’s orchestra in a concert in Cadogan Hall – against my better judgement, I must admit: who wants to hear a bunch of teenagers struggle through music you’ve heard hundreds of times before? 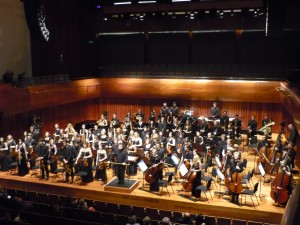 I was in for a salutary shock: it was a concert of passionately committed playing that tolerated no lazy ears – it forced you to listen. Ending with a Tchaikovsky Symphony No. 5 of visceral excitement, it was an event that needed to be noticed further afield, and since there seemed to be no other critics there that evening, I wrote it up for Musical Opinion. Paul and the Chetham’s kids were next in the Cadogan Hall in February 2013, when they delivered a Shostakovich Fifth Symphony which generated more electricity and tension than any other performance I have heard (I do not exaggerate), and that, too, I reviewed for Musical Opinion.

Now, the editor of Musical Opinion is no mug, and when last week, Paul and the young folk of Chetham’s were back in town, he grabbed the MO allocation of press tickets for himself, leaving me to turn to this Toccata blog as a platform for my thoughts on last Friday’s concert. Milton Court was the wrong choice of venue for such a large orchestra (it was designed with choirs and chamber orchestras in mind), so that the sound was very soon congested, way before any climax was reached. But that was the only mark on the debit side; it was otherwise one of those rare concerts that remind us all why we are in this game in the first place.

The opening ‘Symphonic Suite’ from Bernstein’s 1954 film-score On the Waterfront (though it’s neither symphonic nor a suite: it’s a fantasia, the kind of thing Liszt was writing a century earlier on operatic material) provided evidence of razor-sharp rhythmic precision and orchestral discipline. Belarussian Elizaveta Saul’s handling of the solo part in the Prokofiev Second Violin Concerto was strikingly assured for a sixteen-year-old; as she develops over the next few years, she’ll add expressive refinement to an already impressive technical armoury and start popping up in concert halls all around the world.

But it was Tchaikovsky’s Sixth Symphony, the Pathétique, that blew me away. (I’m writing this on a Sunday, so here’s the blasphemy of the day: unlike On the Waterfront, the Pathétique is a suite – its four movements are almost entirely self-contained; indeed, each could be performed as an independent concert work.) This was a performance of searing intensity, treading a fine line between dignity and hysteria, with a hint of desperation a common element across all four movements, even the waltz and march, before the finale smothers all hope. Perhaps you need to be a teenager to have access to feelings of the immediacy expressed in this performance, and the calm and measure we acquire as we go through life (or are supposed to) puts a primal, Berliozian identification with the music itself beyond us once we stop to think about it. Whatever the explanation, this was a Pathétique that cut deeper and deeper as it unfolded, leaving at least this listener as shattered as if the tragedy were personal.

Paul Mann turned to address the audience on his final bow and said that, though the Chetham’s kids were supposed to the beneficiaries of the courses he conducts, ‘it is I who learn from them’. The two Fifth Symphonies – Tchaikovsky’s and Shostakovich’s – I had heard from him at those earlier Chetham’s Symphony Orchestra concerts had been enough to mark him out as one of the most penetrating musical minds I have heard at work on a podium, with his young musicians grabbing his gauntlet to deliver world-class performances, and it’s a thrill to have him recording for Toccata Classics. But this Pathétique, despite the overloaded acoustic, was in a class of its own – quite literally, since not even Mravinsky’s famous Leningrad Phil recording from the early 1960s carries the same emotional punch. The fact that I discuss it alongside the music-making of Horszowski, Vänskä, Paavo Järvi, Andsnes et al. gives an indication of the kind of quality involved, and I’ll carry the grateful memory of it with me for years to come.

I run the CD label Toccata Classics and publish books on classical music as Toccata Press; I also write a bit about music in various publications in Britain and abroad. My degree (from the University of St Andrews, in 1977 – I’m a Scot) was in mediaeval French and German, and thereafter I worked in economics for twenty years, in London and Paris; I’ve been back in London since 1997. The main thrust of the postings in this blog will be in classical music, but since I am a secular liberal and free-marketeer with a healthy contempt for politics (economics is the study of the creation of wealth, and politics is the process by which it is wastefully dispersed) and a guarded resentment of religion, please don’t be surprised if I occasionally thump the tub on issues other than forgotten composers and other aspects of the musical world.
Categories : Editorial, Toccata Classics
Tags : Chetham's Symphony Orchestra, Martin Anderson, Paul Mann
Previous Post →
← Next Post