The Cardinal King: Music for Henry Benedict Stuart in Rome, 1740-91

The music recorded on this album presents for the first time the hitherto forgotten repertoire composed by the many musicians associated with, and employed by, Cardinal Henry Benedict Stuart (1725–1807), a grandson of King James II of England and VII of Scotland, the brother of ‘Bonnie Prince Charlie’, and the last in the direct line of Jacobite succession. Sitting on the cusp of the Baroque and the Classical, these pieces likewise tread a delicate path between innocence and grandeur, between charm and formality, and suggest that the Cardinal, for all his power, may have been a rather gentle man. 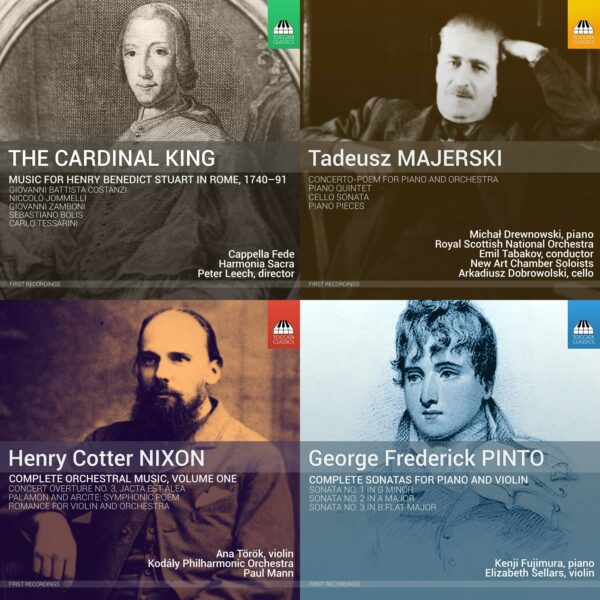 5 reviews for The Cardinal King: Music for Henry Benedict Stuart in Rome, 1740-91