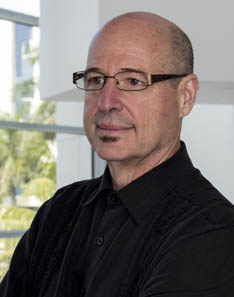 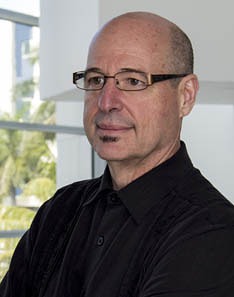 My new Toccata Classics CD is a labor of love and, as with many such projects, came together through the support of a number of people and organizations and, of course, the good fortune of being at the right place at the right time. It began when I ran into maestro Jose Serebrier several years ago at a reception in New York and mentioned the upcoming performance of my work Auschwitz (nunca se olvidarán) by the Brooklyn Philharmonic and the New York University Choir. He was intrigued and attended the performance.

A year or so later I met with Tomas Marco, one of Spain’s preeminent composers and a good friend, who gave me a copy of the recording of his music made with great success by Jose Serebrier and the Málaga Philharmonic. Knowing of Maestro Serebrier’s interest in my Auschwitz, plus the fact that a dozen or so years earlier the Málaga Philharmonic had premiered and recorded a work of mine I hoped that a similar project could be realized. I contacted Jose Serebrier to ask him for his assistance with the release of a new CD of my music. After a sequence of correspondence and phone conversations, he agreed to contact the management of the orchestra in Málaga, and convinced them to go forward with the recording of my music.

This CD is especially important to me because it showcases three of what I feel are my strongest and favorite works, well performed and recorded, and being promoted and distributed by an excellent and much respected label. The title work, Auschwitz, is especially significant since it is a statement against what is one of the most extreme examples of inhumanity known to humans. The work is not a sermon or discourse but rather a prayer or mediation for those who perished, with the only text being whispered, ‘nunca se olvidarán’ — Spanish for ‘they will never be forgotten’. 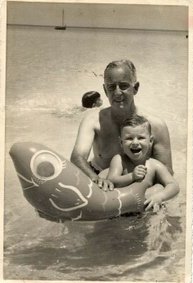 A Varadero memory: here I am, aged five, with my grandfather, Jacinto del Calvo, two years before we left Cuba

The next work Varadero Memories (Recuerdos) is not a programmatic work (the title notwithstanding) but rather a work that exhibits my continuing interest in slowly evolving musical gestures and the exploration of the counterpoint between timbre, density, texture, and pacing in music. The title came about since around the time that I was creating the work, I was thinking quite a bit about my wonderful childhood experiences in the Cuban beach town where my grandparents lived.

In Memoriam Earle Brown has its import and personal standing in that it is a statement of appreciation of a composer who was a friend and one of my mentors. Although the piece is firmly rooted in my own aesthetics, I incorporated several techniques that Earle Brown utilized in his works in deference to him as a composer and artist.

All in all, this is my most important CD to date and I am very grateful to maestro Jose Serebrier, the Málaga Philharmonic, Florida International University Concert Choir, College of Architecture and the Arts, and Division of Research, and to Martin Anderson and Toccata Classics for making it a reality.