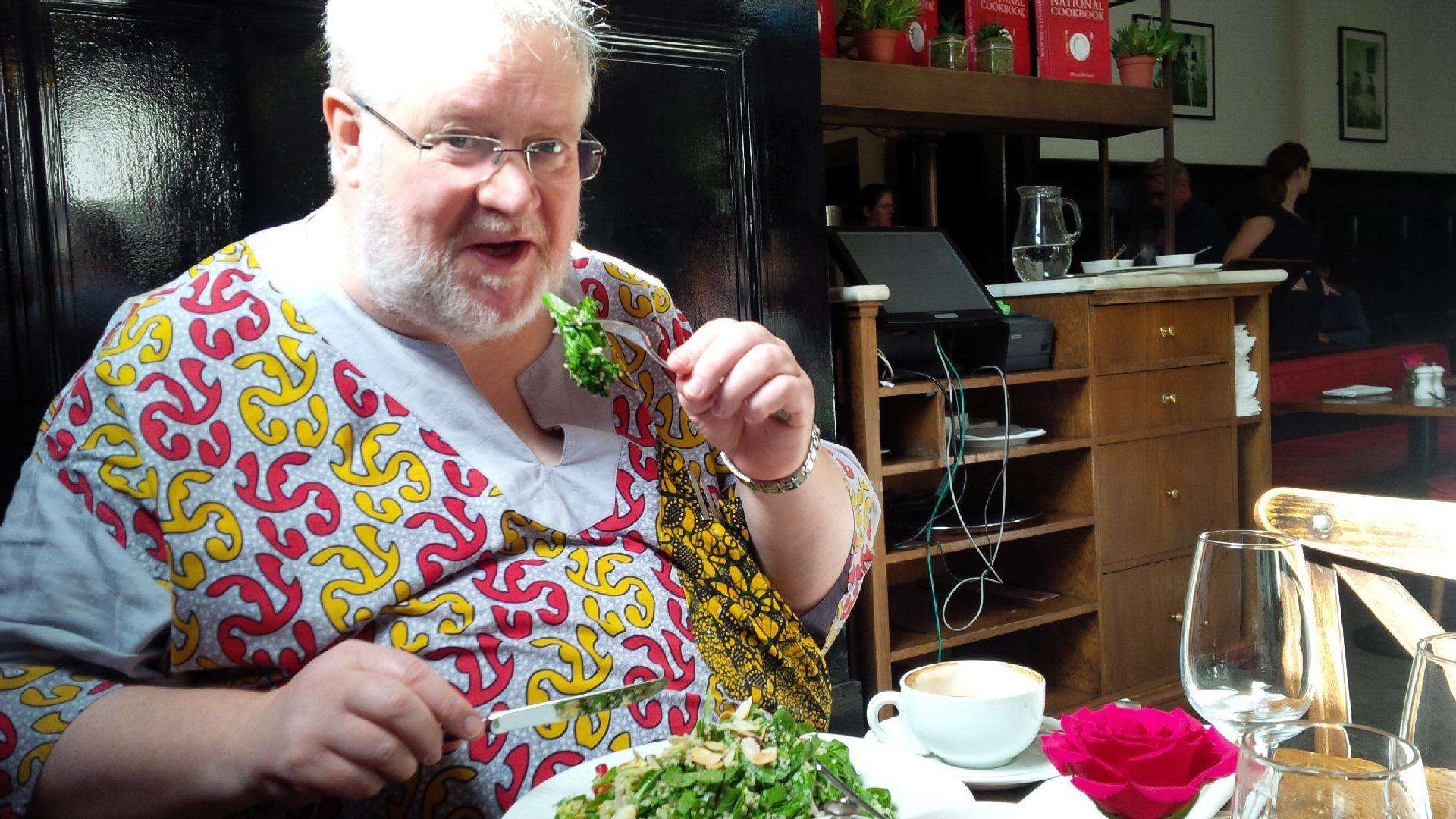 I’ve been meaning to report back on the progress of the Sponsored Slim for a couple of weeks but hadn’t managed to get near a set of scales in the meantime. I finally managed it yesterday and can report that I have now reached 345 lbs. Since I started out at 363 lbs on 1 September, that means I’ve lost only 18 lbs in six weeks, but I guess when you consider that it is 5% of my total initial weight, it’s not too bad.

Even if it’s not as much as I had been hoping (I’ll need to step up the exercise), I do feel a lot better and am moving more easily: I’ve been coasting along on 1,000–1,500 calories a day, but making sure that I keep up the intake of healthy foods, so that my stomach doesn’t feel it is being martyred. And I’ve not had a drop of alcohol since August, and don’t intend to before 2017.

You might like to know that by this point we have 137 donors who have pledged a total of £316.37 per lb lost. I am enormously grateful to all of them for their support, and if everyone could share, tweet and otherwise pass around about the Sponsored Slim it could help improve its effectiveness many times over: why waste an ounce of good Scots belly that could be helping music?

I run the CD label Toccata Classics and publish books on classical music as Toccata Press; I also write a bit about music in various publications in Britain and abroad. My degree (from the University of St Andrews, in 1977 – I’m a Scot) was in mediaeval French and German, and thereafter I worked in economics for twenty years, in London and Paris; I’ve been back in London since 1997. The main thrust of the postings in this blog will be in classical music, but since I am a secular liberal and free-marketeer with a healthy contempt for politics (economics is the study of the creation of wealth, and politics is the process by which it is wastefully dispersed) and a guarded resentment of religion, please don’t be surprised if I occasionally thump the tub on issues other than forgotten composers and other aspects of the musical world.
Categories : News
Tags : Martin Anderson, Sponsored Slim
Previous Post →
← Next Post