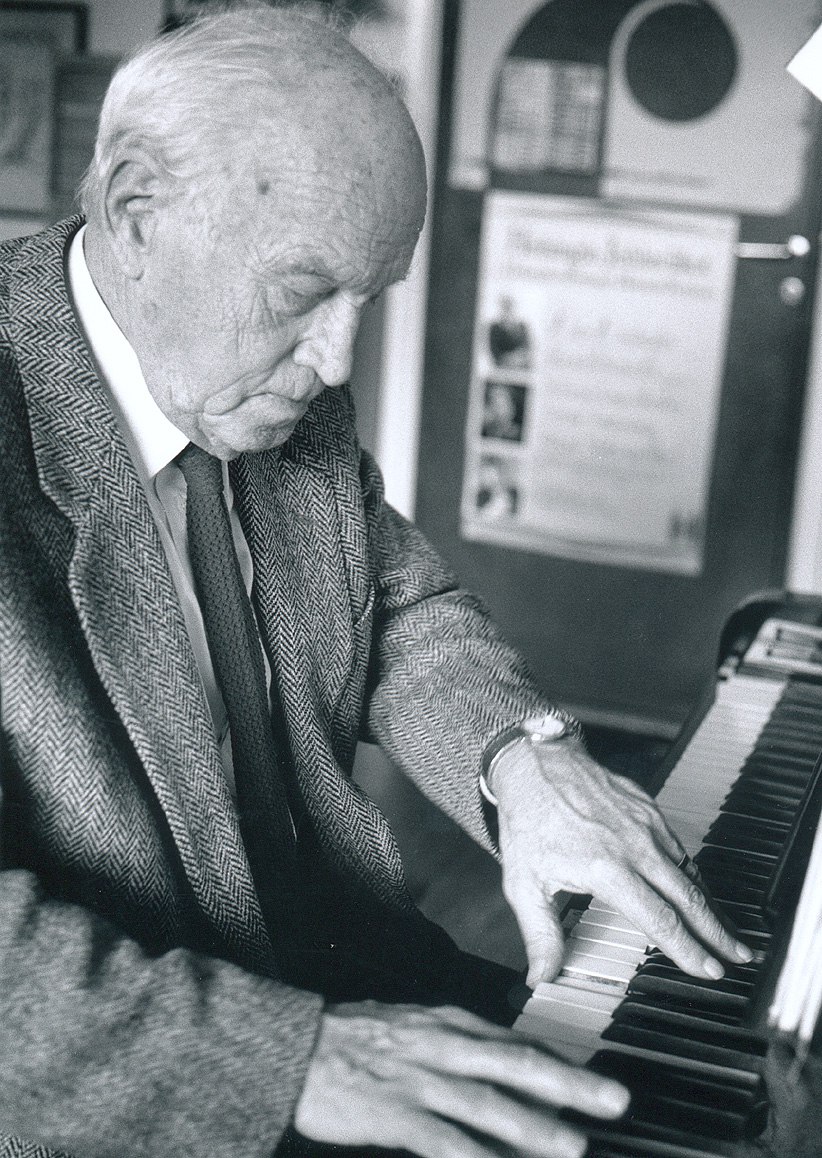 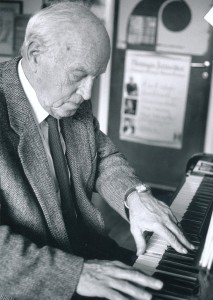 Today, 17 June, would have been the 99th birthday of the Finnish composer, Einar Englund, who, with his second wife, Maynie, was a friend of mine from the early 1980s, when – entirely spontaneously – I found myself acting as their guide on a visit to London; they had come to hear the Endymion Ensemble perform his Concerto for Twelve Cellos, which he had only recently completed, in the Royal Academy of Music. Our paths crossed regularly: I was often in Finland, and soon after I moved to Paris (I lived there from 1987 to 1997), the Englunds spent a few months at the Cité des Arts, and came back for return visits every now and then.

In his last years (he died in 1999) Einar suffered a stroke and a series of heart-attacks, and so Maynie naturally kept an eye on his health and strictly limited his intake of alcohol and tobacco – and she was an imposing woman: you wouldn’t argue with her for the fun of it. But Einar, as a Finn, loved a good drink and I, as a Scot, do, too. And so I found myself acting as a smoke-screen when I visited him in Helsinki in those last years – I always dropped in to see him when I was in town, and there would always be a bottle of Johnny Walker and two glasses on the table, Einar’s explanation to Maynie (he told me after she left us to chat) being that he had to offer his guest a drink and couldn’t let said guest drink alone. It might be 11 in the morning and I hate drinking during the day (at night is another matter), but I would have a sip to keep him company – and Einar, aware that he might not be allowed another drink for weeks, would whack several large ones down, knowing he could later blame the much-reduced level on me. 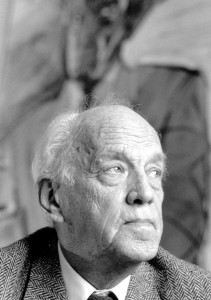 Once I even drank his whisky without him. Somewhen in the mid-1990s I was in Helsinki in the summer, which he and Maynie usually spent at their house on the island of Gotland, off the Swedish coast (they were Swedish-speaking Finns). So they detailed Robin Sirén, Maynie’s son from her first marriage, to look after me while I was in town. Robin took me out to dinner, after which he said: ‘Let’s go and drink Einar’s whisky’, and so we adjourned to the Englunds’ flat in the artists’ complex on Apolloninkatu and helped ourselves to a few glasses. I was delighted to see some sketches for a string quartet on his writing desk (his only previous string quartet dated from 1985) and so I stuck a post-it on the sketches with the message: ‘About bloody time! PS: Kiitos for the whisky’. Unfortunately Einar died not long afterwards, in 1999, and seems not to have finished the work. (Soon Robin also dropped dead of a heart-attack, on a business trip to Russia, only in his mid-30s.) 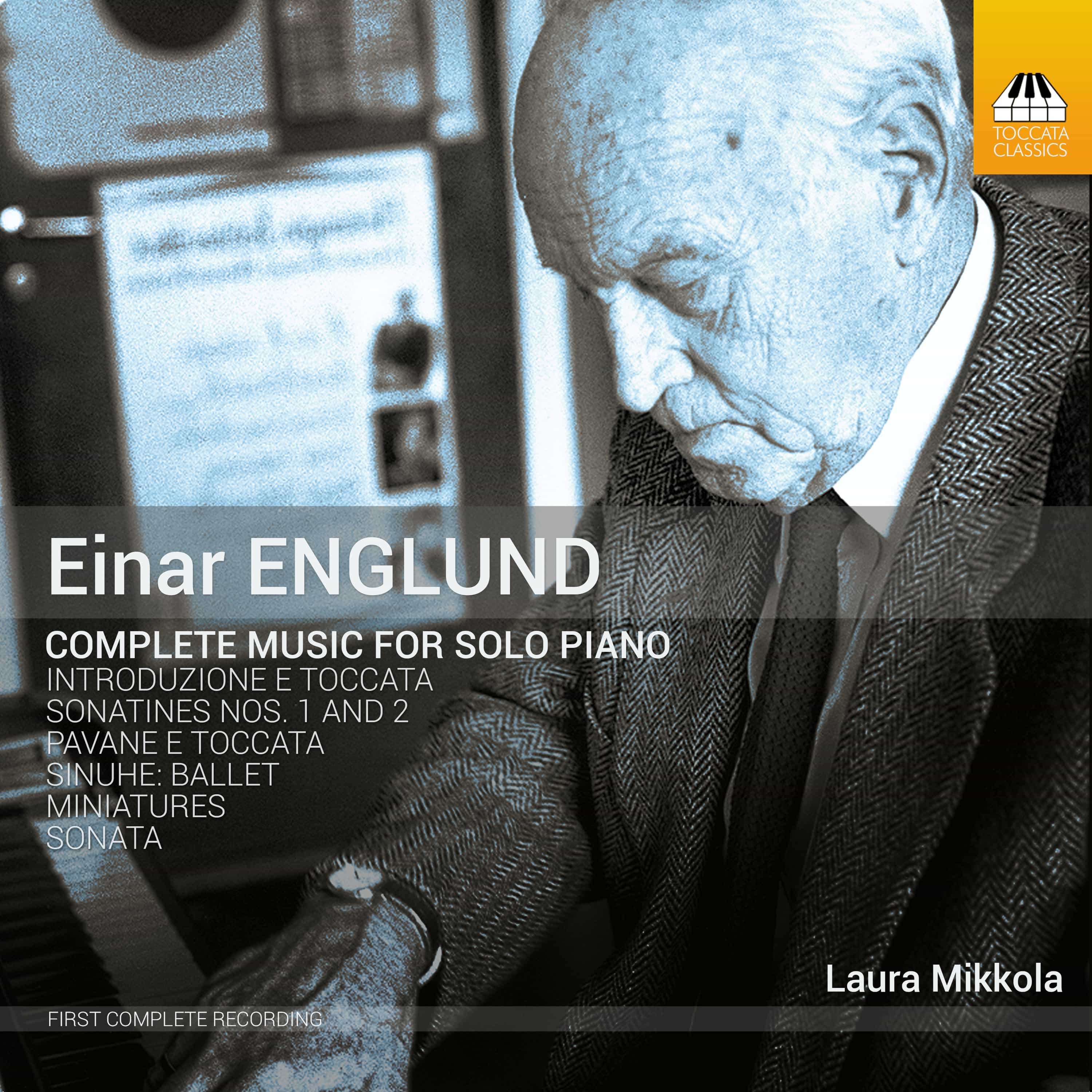 At the recording sessions for the Ondine recording of Einar’s First and Second Piano Concertos and Epinikia in Tampere in February 2002 (with Matti Raekallio as soloist and the Tampere Philharmonic conducted by Eri Klas), Maynie told me Einar’s last words. Apparently, he was having a series of heart-attacks, and one hit him which he knew was going to take him out. Maynie said that his eyes filled with wonder, and he said, in a voice that was all childlike wonder: ‘Is it me, now?’ – he was consumed by curiosity as to what it what it was going to be like to die. A terrific way to go. (Maynie gave me this report in English, and I didn’t have the wit to ask her what his actual words were, almost certainly in Swedish – and it was only another year before Maynie herself was felled by a heart-attack. We may never know.)

What has all this to do with Toccata Classics, you may be wondering. Well, if today is Einar’s 99th birthday, it follows that next year will see his centenary, and if all goes to plan, we might just be able to mark the occasion with a wee present for him.

I run the CD label Toccata Classics and publish books on classical music as Toccata Press; I also write a bit about music in various publications in Britain and abroad. My degree (from the University of St Andrews, in 1977 – I’m a Scot) was in mediaeval French and German, and thereafter I worked in economics for twenty years, in London and Paris; I’ve been back in London since 1997. The main thrust of the postings in this blog will be in classical music, but since I am a secular liberal and free-marketeer with a healthy contempt for politics (economics is the study of the creation of wealth, and politics is the process by which it is wastefully dispersed) and a guarded resentment of religion, please don’t be surprised if I occasionally thump the tub on issues other than forgotten composers and other aspects of the musical world.
Categories : Composer News
Tags : Einar Englund, Martin Anderson
Previous Post →
← Next Post