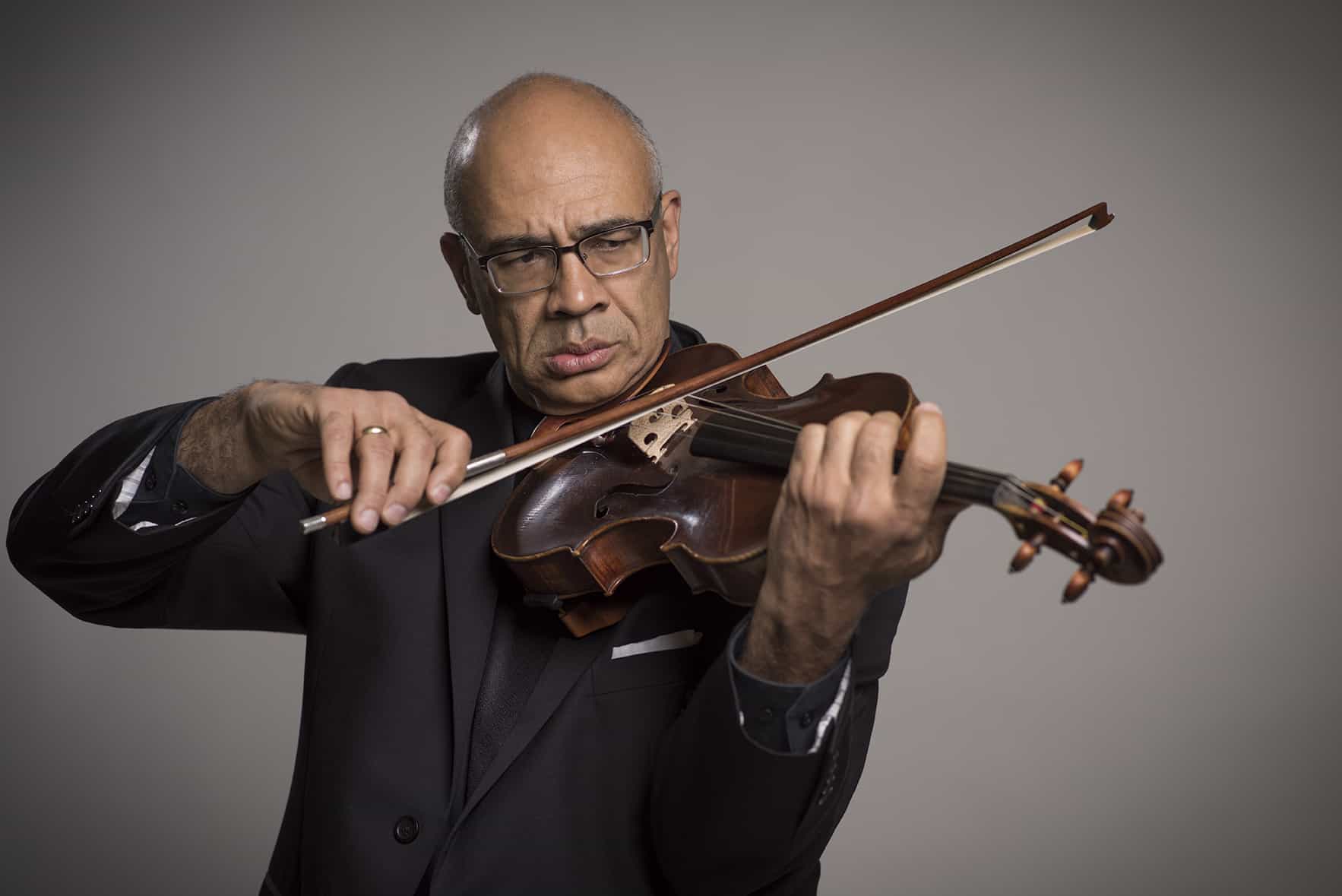 A Violist’s New CD Captures the Romance of Russian Sonatas

Article in the University of Denver Magazine (magazine.du.edu)
by Tamara Chapman, 31 January 2022; reproduced with permission

Compared with its siblings in the violin family – the diminutive fiddle on the one hand and the voluptuous cello on the other – the viola doesn’t get nearly enough opportunities to shine.

Enter Basil Vendryes of the Lamont School of Music. This past fall, he debuted the first of three CDs featuring little-known gems for the viola. The CD, recorded with pianist William David and titled ‘Three Centuries of Russian Viola Sonatas’ [Toccata Next TOCN0014], was released in October by the Toccata Music Group, which specializes in ‘forgotten music by great composers and great music by forgotten composers’.

Vendryes, who runs the viola program at Lamont and is the longtime principal violist of the Colorado Symphony Orchestra, has been championing the viola’s virtues – and coaxing sweet harmonies from his own instrument – for nearly four decades. ‘Within the context of the orchestra, we are the support of the string section’, he says. ‘We are the glue that holds a lot of things together, that allows melodies to soar.’

The melodies certainly soar on his new CD, which features pieces from the 19th, 20th and 21st centuries and from one well- and three less-known composers: Mikhail Glinka, Revol Bunin, Vissarion Shebalin and the still-prolific Ivan Sokolov. The Glinka sonata has been recorded several times, but Vendryes offers the first digital recordings of the Bunin and Shebalin sonatas. The Sokolov sonata, meanwhile, has been recorded only once before. ‘I represent the second opinion on that piece’, he says.

As diverse as the compositions are, he adds, they are rooted in the Russian tradition. ‘There’s a simplicity [to them]’, he says of the compositions. ‘So much of Russian music is drawn from folk song. It’s very embedded in the culture.’ What’s more, much like the ever-popular Rachmaninov and Tchaikovsky, the composers all ask for what Vendryes calls a ‘rich, flowing, dense harmony’.

Vendryes hopes his new CD will call attention to these works and inspire other violists to perform them – and to comb the repertoire looking for additional pieces worthy of attention.

Lamont alumna and accomplished violist Christina Ebersohl (MM ’21) has already set her sights on learning the Shebalin, which now qualifies as ‘one of my all-time favorites’.

As Vendryes’ student and a self-described ‘viola nerd’, she awaited the CD with geekish glee, in part, she says, because ‘soloists for viola are not as common as soloists for violin and cello. I was really excited that he [Vendryes] didn’t stick with the basic sonatas that everyone knows and loves. Some of these sonatas are really unknown.’

‘When the idea of doing a [CD] actually came together, there were any number of possible projects that came to mind: a disc of encore works or short works. But I wanted to look for something that was a little unique to the catalog. I’d love to record the Brahms sonatas, but there are 25, 30 versions [already]. [I wanted] something that is interesting but not just archival.’

Were it not for the pandemic, the project might still be languishing on Vendryes’ to-do list. When the country shut down for the coronavirus, he recalls, ‘Most everything went dark, and opportunities to perform became fewer and fewer. But there were opportunities to work on projects that had been on the back burner for many, many years.’

Although he suddenly had time to record and refine, he wasn’t quite sure how to fund a CD of obscure music. Fortunately, Ebersohl came to the rescue. She introduced Vendryes to the power of a GoFundMe site. ‘He was telling me that he wasn’t 100% sure [the CD] was going to happen because of the funding aspect. I was like, “No, that can’t be a thing”.’

‘I was very reluctant’, Vendryes recalls. ‘I don’t consider myself to be a particularly good self-promoter or solicitor. I’ve always lived in the world of the orchestra and the university where there doesn’t need to be a lot of that kind of self-promotion. But [Ebersohl] pressed a button and there it was.’

Finding a publisher for the project proved nearly as challenging as perfecting the disc. Given its fondness for forgotten music, Toccata seemed a natural fit, but, Vendryes says, ‘generally they are composer-centric, so when they take on a project, it usually is all music of a single composer’. But even though his project incorporated several composers, it nonetheless offered Toccata a coherent concept: sonatas from a single musical tradition.

Vendryes looks on the three-disc project as more than an homage to great works that too seldom get played. It’s also a legacy project. The next CD will feature works by Russian composer Paul Juon [TOCC 0389, released by Toccata Classics at the beginning of June], and the third is expected to showcase American or British masters from the 20th and 21st centuries. By the time the set is completed, Vendryes will have a body of work to bequeath to viola nerds and perhaps even the unconverted.

‘I’m not getting any younger’, he says, ‘[and] I’m trying to share something that has a little sense of permanence with the world’.

Tamara Chapman is a Colorado-based writer and editor with deep interests in the arts, the environment, publishing, higher education and history. Since she is a Russophile, her musical affections are stirred by everyone from Tchaikovsky to Skryabin. She currently serves as managing editor of the University of Denver Magazine.
Categories : Guest Editorial
Tags : Basil Vendryes, Guest Blog, Toccata Next, Viola
Previous Post →
← Next Post