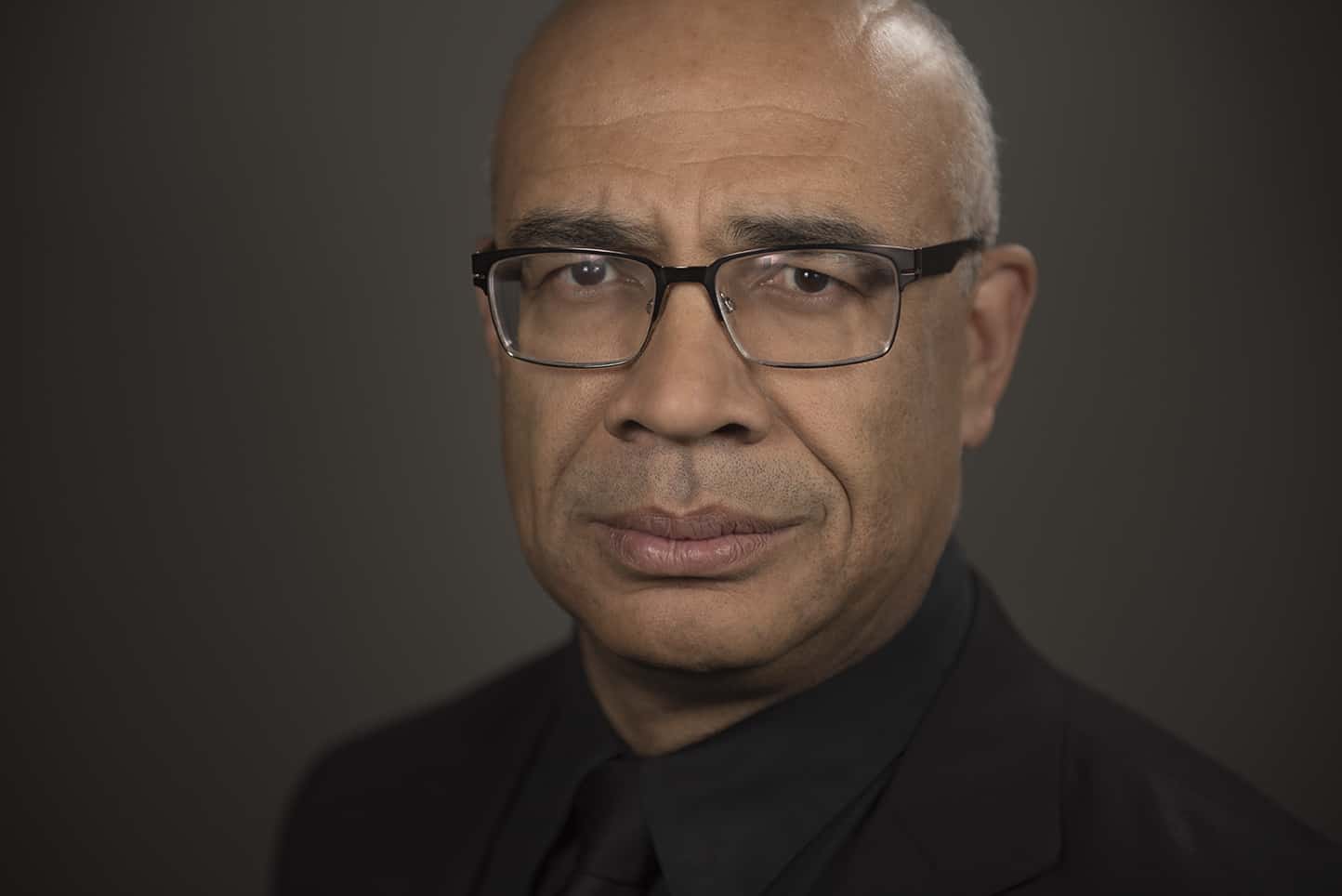 I am so happy to be able to participate in the Toccata blog and tell you a little about the two albums that have been released so far and how they came to be.

I have been fortunate to have a career in music – one that has allowed me to play fantastic repertoire with first-class ensembles and has taken me to many cities and countries around the world. I have participated in festivals with wonderful artist colleagues and friends and have shared my craft through teaching serious students of the viola and chamber music. I also realised a dream to conduct by establishing a string ensemble for young people, the Colorado Young Sinfonia (CYS), that I directed for eighteen years. All in all, a pretty satisfying 40-plus years in this business that is not for the faint of heart.

Not so long ago (and that means at least twenty years!), I began thinking of what I can leave behind in the way of a legacy – an aural memoir for those who might wish to hear a little bit of what I’ve done over the past four-plus decades of playing, teaching and mentoring. Solo recording might be the right project, but that’s much easier said than done – the bulk of today’s artists are responsible for financing the cost of creating the actual recording, and then there are expenses related to distributing and production of any physical discs (vinyl or CD). There is also a matter of repertoire choice and finding a label that has an interest in taking on the project. All of this is to say that the ‘thought’ of pursuing the idea to record is often overshadowed by the ‘reality’ of what it takes to make it possible.

As I am the principal player of a fine orchestra, an instructor in a large studio at the Lamont School of Music (as well as a private tutor), the director of a chamber orchestra and a performer of chamber music/solo appearances, time was at a premium. Preparing materials for recording is a different process from that for a recital. The attention to detail, and rehearsals to get material well aligned and artistically in step with collaborators, is time-consuming. The other major obstacle was money. Recording is not cheap, especially when you’re hoping to create the best representation of yourself for perpetuity. Costs for on-site recording (the first two Toccata albums were not recorded in a studio, so that the engineers had to bring and set up equipment), editing, mixing and mastering a project all add up. The combination of finding enough time to prepare properly, and the lack of personal resources, kept the prospect of realising my dream only in my head. The right confluence of events took a number of years to take place, but about seventeen years from the first pipe-dream a few things happened.

In 2018 I made the tough decision to discontinue my involvement with the Colorado Young Sinfonia. It was very difficult for me, since it was my way of giving back to the community, as well as helping young talent learn to play and love music as much as I do. The time and effort it took to run the orchestra, on top of my other commitments, was wearing me down. I still miss so many aspects of the CYS, especially the smiles from the players and the audiences, but the hours it freed up for me were a bonus.

The pandemic shut the doors of the Colorado Symphony in March 2020 and curtailed most teaching schedules at the university and at home. The majority of performances were discontinued for the better part of almost two seasons, with virtual performances becoming the norm during that time. This unexpected hiatus left many musicians sitting on their hands with not much to do (our orchestra was fortunate to continue to receive a part of our salary, even though we were offstage).

This time became available, and the idea of using it well led to a rekindling of my dream to create a recording or two. I began conversations with Martin Anderson (the mastermind behind Toccata Classics) about potential projects and we struck a deal on a disc of Russian viola sonatas for his Toccata Next label (tocn 0014). I had been playing the Ivan Sokolov Sonata for a bit and the Glinka Sonata is an ‘old friend’ in the repertoire. I knew of the Bunin Sonata, but had not played it (I have taught the Concerto), and Shebalin was completely new to me, and so they seemed to make a good compilation.

We now had the time, the repertoire and an interested label, but resources were still the big question mark.

In the late summer of 2020, when the academic year was poised to begin at Lamont, I was having a conversation with one of my then graduate students, Christina Ebersohl, about my potential recording project. I told her how excited I was finally to create something with permanence but was a little worried about the costs. She told me that there was no way I could not pursue the idea and that she was familiar with crowd-funding projects and would create one for me. Furthermore, she said that she wouldn’t take no for an answer. Within a week or so Christina created a GoFundMe page (which is still active). I have never been good at solicitation and the last thing I like to do is promote myself (remarkable in a field where so much of what musicians do is hawk their wares), but I authorised her to make the page live. Additionally, I took the step of posting the plea on my social-media page (which my wife would tell you was one of the hardest things I’ve done). What I did not expect in my wildest dreams was the outpouring of donations from friends, family and community members who have followed me and my work in Denver (and other places). What started as a fundraiser for a single disc now stands poised to create three, possibly four albums. To say that we (the plural includes my esteemed colleague, the pianist William David, the team at Evergroove who created our product, and the rest of the crew who have made these recordings happen) are grateful is hardly adequate.

And so … here we are in July 2022 with not one but two recordings in the catalogue (the second album of chamber music for viola by the Russian composer Paul Juon – tocc 0389 – was released last month). We hope to get a third in the ‘can’ in October. In my next instalment I’ll expand a little about the creation of Three Centuries of Russian Viola Sonatas, but I thought that my first contribution to the blog should explain why we’re able to do anything at all. Cheers!

Basil Vendryes is the Principal Violist of the Colorado Symphony and is a former member of the San Francisco Symphony, the New York Philharmonic and Rochester Philharmonic Orchestras. He currently serves on the faculty of the Lamont School of Music of the University of Denver. As a member of the Aurora String Quartet (1986–95) he performed in New York, London and Tokyo, as well as giving West Coast premieres of works by Richard Danielpour, John Harbison, Benjamin Lees, George Perle and many others. From 2000–18 he directed the Colorado Young Sinfonia (which he also founded), comprising some of the best young talent in the Denver area.

Basil Vendryes was born in 1961 to West Indian parents and began his musical training in the public schools of New York City at the age of eleven. He received scholarships to the Manhattan School of Music and the Eastman School of Music, where he studied with Sally O’Reilly, Francis Tursi and Heidi Castleman. Basil joined the San Francisco Symphony in 1982 at the age of 21 and the New York Philharmonic two years later. He joined the Colorado Symphony as Principal Viola in 1993 and also served as guest principal violist for the Western Australia Symphony Orchestra and the Cincinnati Symphony Orchestra.

He has appeared at many festivals, including Grand Teton, Green Mountain, Heidelberg, InterHarmony, Midsummer Mozart, Spoleto, Sunflower and Taconic. Working with promising talent is one of his passions and he has given classes in viola and chamber music in Europe and throughout the United States. He has served as a juror for the Sphinx Competition for African American and Latino string-players and the Hong Kong International Music Festival. In April 2008 he gave the American premiere of Giya Kancheli’s Styx with the Colorado Symphony Orchestra under the baton of Jeffrey Kahane. The Kancheli was subsequently repeated at the 2008 League of American Orchestras National Conference.

Basil Vendryes has recorded for the Albany, Ariel, Cadenza Music, Centaur, CRI, Naxos and Toccata labels, in addition to his contributions as an orchestral violist for BIS, Columbia, Decca, Hyperion, Nonesuch, RCA and Telarc recordings. He plays on a rare Italian viola made in 1887 by Carlo Cerruti.