Previous releases in the Toccata Classics survey of the music of the Hungarian composer Ferenc Farkas (1905–2000) have generally presented its lighter side, with quasi-Baroque textures and buoyant good humour. This album shows Farkas working on a larger scale and in generally darker mood, using the full resources of the symphony orchestra in a number of powerful and dramatic works, including two movements from a symphony that he later withdrew – but with a lighter bonne bouche to rounds things off.

Concertino for Piano and Orchestra (1947)*

*First Recording in this Version 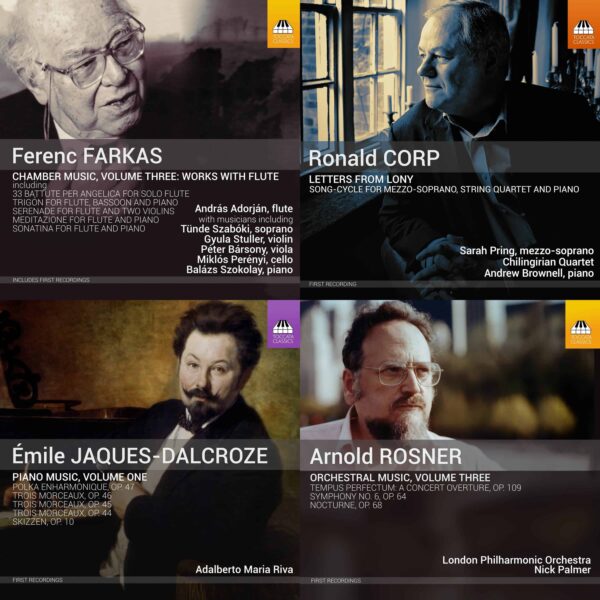