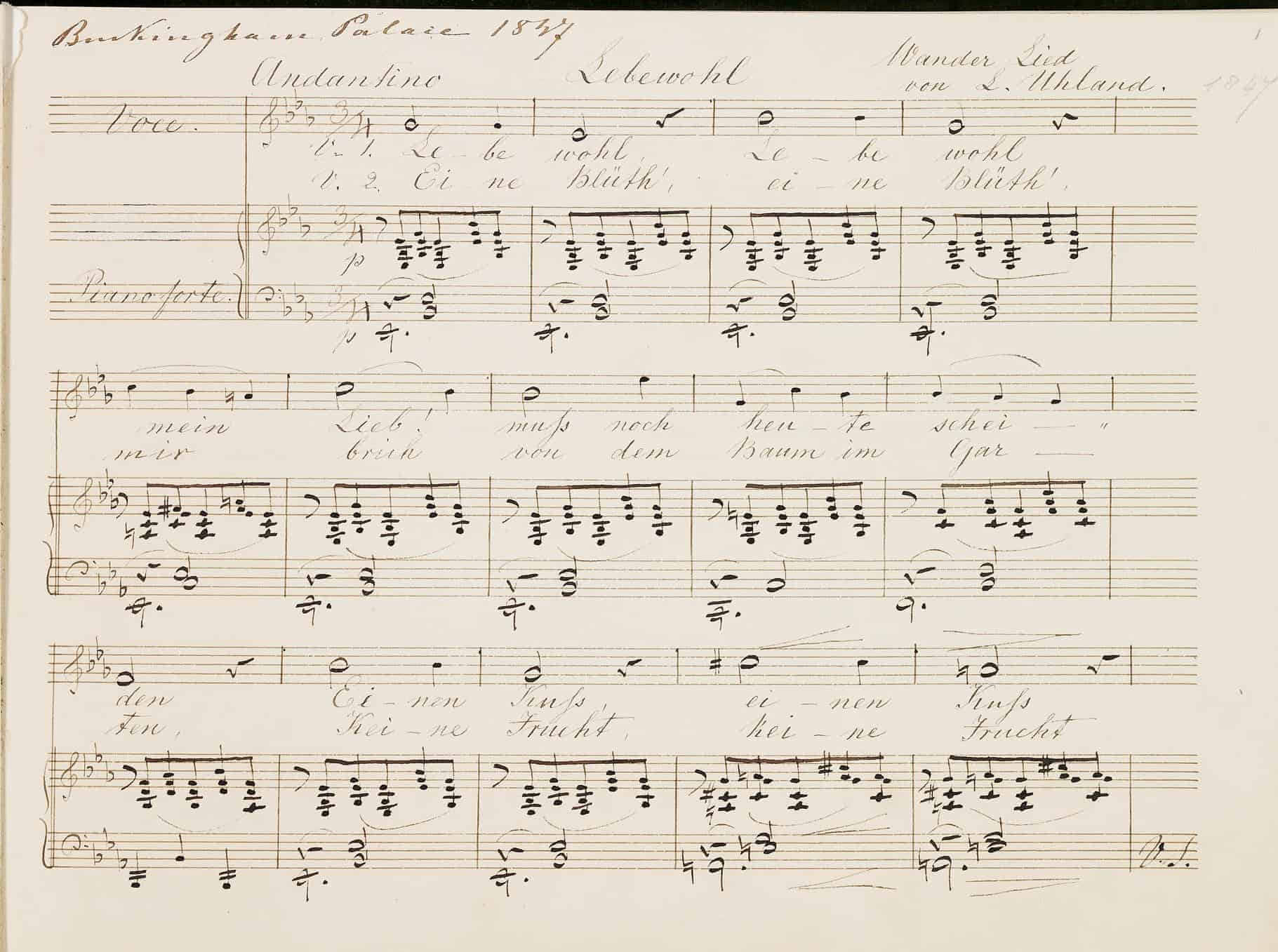 Music for a Prince, Music by a Prince: How Our Recording Came About

As a student I was engaged in postgraduate research at Cambridge on the works of Sir William Walton. At the time, I noticed that one of the composer’s manuscripts from 1970 was missing and discovered that it was located at Buckingham Palace. What I found there was not a single manuscript but a red leather-bound volume with gold lettering, which contained not only the Walton work but also an intriguing chapter of long-lost history.

Walton was one of twelve composer members of the General Council of the Performing Right Society at the time. To celebrate the first anniversary of the Investiture of H. R. H. as The Prince of Wales, and on the advice of its President Sir Arthur Bliss, who was also Master of the Queen’s Music, each composer member of the Council was invited to write a short work for cello or trumpet, since Prince Charles played both instruments. Walton wrote a short piece for solo cello, but I was delighted to discover that one composer had written a work for both instruments, with the intention that the cello should be plucked in one hand and the trumpet played in the other. Another charming piece featured a clapping accompaniment for the two younger Princes, Andrew and Edward, who would have been aged ten and six at the time. Cleverly, one work for trumpet and piano becomes another composition for cello and piano by turning the score upside down. It evidently brought much joy to these composers to find ways of amusing the heir to the throne.

I was familiar with some of the composers, of course, notably Sir Arthur Bliss, Sir William Walton and Sir Lennox Berkeley, but many were new names to me. At the time of recording (over three days in January and March 2018, and another three days in November 2019, at the Fred Fox School of Music, University of Arizona in Tucson), I was delighted to discover that, 50 years later, three of the composers are still alive, Joseph Horovitz (aged 95), Mitch Murray CBE (aged 81) and Brian Willey (aged 93). I have since had many telephone conversations with the three of them, reminiscing on the occasion, together with much correspondence.

The works were beautifully bound together and presented to H. R. H. on the first anniversary of his Investiture as The Prince of the Wales. The luncheon took place in London exactly one year to the very day of the grand ceremony in Caernarfon Castle, a royal event in 1969 that was televised worldwide, and the three living composers can recall the excitement of meeting Prince Charles for the first time. In 2019, Mitch Murray stood down as a Director of PRS for Music (as the Performing Right Society had become known) after 50 years of service, and later that year, Prince Charles presented him with the CBE – full circle indeed. When I first made contact with the composer in January 2021, he could not recall his composition (only the occasion of its writing), since he had not kept a copy of the manuscript, but he did remember that he had written it shortly after his song ’The Ballad of Bonnie and Clyde’ had become a No. 1 worldwide hit.

As a Welshman, I was particularly pleased that two Welsh composers had been invited by the Council to join its twelve composer members in this presentation to Prince Charles in 1970. The two composers were chosen by the Guild for the Promotion of Welsh Music (now the Welsh Music Guild), of which I have been Secretary since 2003. The leading Welsh female composer of the time, Grace Williams, was chosen, along with the still underrated David Wynne; the pre-eminent Welsh composer of the day, Alun Hoddinott, had been commissioned for the Investiture itself. I was especially pleased to see Grace Williams represented, since I recorded an album of her work myself in 2017 (with the pianist Paula Fan, who features on this Toccata Next recording, and who also wrote the booklet notes for the recording), having previously recorded several programmes for BBC Radio 3 in 2006 to celebrate the centenary of the birth of this distinguished composer.

It is only fitting that what began as a journey of discovery has continued with an exploration of the forgotten works of the great-great-great grandfather of Prince Charles, H. R. H. Prince Albert, the Prince Consort, who was widely recognised for his roles as a social reformer and industrial innovator. Delving back into the nineteenth century and discovering his songs, fourteen of which are included here, has been truly revealing of the sensitive side of this polymath Prince.

I have recorded much in my career, some 40 albums, but this particular recording has been perhaps one of the most intriguing, bringing together so many aspects of British musical life during the nineteenth and twentieth centuries.

The Welsh baritone Jeremy Huw Williams studied at St John’s College, Cambridge, at the National Opera Studio in London, and with April Cantelo. He made his debut with Welsh National Opera as Guglielmo (Così fan tutte) and has since appeared in more than 70 operatic roles. He has given performances at major venues in North and South America, Australia, China, India and most European countries. He has also given recitals at the Wigmore Hall and Purcell Room in London, and at many major festivals. Orchestras with which he has appeared as a soloist include the BBC Concert Orchestra, BBC National Orchestra of Wales, BBC Symphony Orchestra, BBC Scottish Symphony Orchestra, BBC Philharmonic, Bournemouth Symphony Orchestra, City of Birmingham Symphony Orchestra, Hallé Orchestra, London Philharmonic Orchestra, London Symphony Orchestra, the Philharmonia, Royal Liverpool Philharmonic Orchestra and the Ulster Orchestra. He has made many recordings for BBC Radio 3 and 40 commercial recordings, including more than ten solo albums of songs. As a principal singer with Welsh National Opera, Jeremy Huw Williams appeared at the opening night of the Wales Millennium Centre, and received the inaugural Sir Geraint Evans Award from the Welsh Music Guild. He was awarded an Honorary Fellowship by Glyndŵr University in 2009 for services to music, and received the Honorary Degree of Doctor of Music from the University of Aberdeen in 2011. He received the Medal of the Order of the British Empire in the 2021 Queen’s Birthday Honours for services to Music and Charity.
Categories : Guest Blog
Tags : jeremy huw williams, music by a prince, Music for a prince
Previous Post →
← Next Post