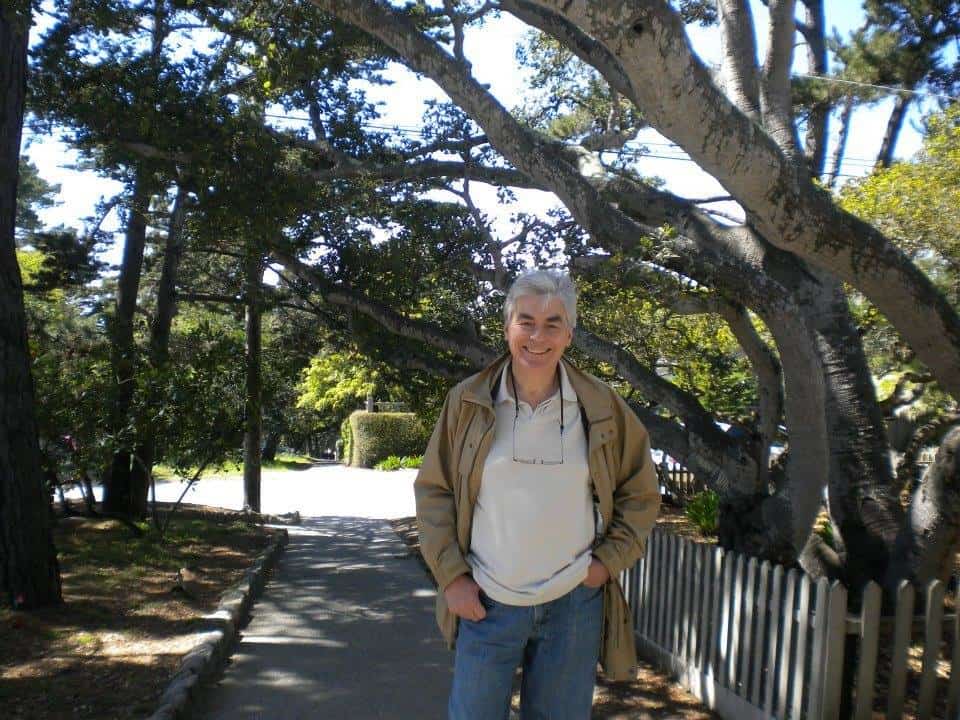 Given my long involvement with The Havergal Brian Society – I was its Secretary and Newsletter editor from 1976 to 1992 and Chairman from 1994 to 1998 – I can’t start without thanking Martin Anderson for the reissue in Toccata Classics’ early days of Brian Rayner Cook’s and Roger Vignoles’ pioneering disc (still mostly unsurpassed) of Brian songs (TOCC0005), and more recently the two marvellous CDs of non-symphonic Brian orchestral works (TOCC0110 and TOCC0113), complementing the ongoing series of symphony recordings on Naxos and Dutton. But they are not the main reason for this blog entry.

At an Annual General Meeting of the Brian Society (in either 1990 or 1991), after the main business was over, an elderly, white-haired gentleman came over to introduce himself. Anthony Nixon’s name was familiar to me from the Society’s membership records and from some earlier correspondence about Brian, but we’d not previously met in person. Had he, asked Mr Nixon, ever mentioned that his grandfather had been a composer? Er no, I replied (probably slightly warily, wondering what was coming). Straight out came the facer – that his grandfather had written the first symphonic poem by a British composer. Back I came with the standard Grove-sourced retort that ‘surely William Wallace…?’ – but Mr Nixon had heard that before and was ready. A good ten years before Wallace wrote his first symphonic poem, The Passing of Beatrice (1892), Henry Cotter Nixon (1842–1907) had composed Palamon and Arcite, its narrative source being John Dryden’s reworking of The Knight’s Tale from Chaucer. I was duly corrected, and very intrigued.

Some months later Mr Nixon sent me a photocopy of the manuscript, and Palamon and Arcite proved to be no overture manqué, as I had half-wondered it might be, but a five-movement orchestral epic on the scale of Rimsky-Korsakov’s Scheherazade (though completely different in idiom), that would probably take over three-quarters of an hour in performance. Clearly dated 7 April 1882 on the final page, it includes numerous quotations from Dryden’s poem. A further parcel of photocopies of HCN manuscripts showed that Palamon and Arcite was far from being his only orchestral work, though none had ever been published, and several apparently never performed. Palamon and Arcite had been, though – only once, in 1888, under the baton of the composer, as the main item in a tribute concert organised for him by the Hastings & St Leonards Orchestral Society (long since defunct), of which he had been the music director for twelve years.

All this further stimulated my interest and desire to ‘do something about HCN’ on behalf of his grandson, who had taken over stewardship of what was a very considerable quantity of manuscripts after his father (Henry Cotter’s son) died, and as well as storing them carefully had catalogued the collection and done as much research as he could into his grandfather’s life and professional career. (In 1993, very wisely, Mr Nixon presented the whole archive plus his documentation to the Royal College of Music Library for permanent safe keeping.) Accordingly I talked to a conductor then active in recording some of Brian’s works and sent him the photocopy of Palamon and Arcite. He was interested enough to get the BBC involved, and eventually sessions were scheduled for a recording (for broadcast) by the BBC Symphony Orchestra in 1995. But this undertaking was ill-fated: the parts for a work by Parry to be recorded in the same sessions proved to be so problematic that only two movements of Palamon and Arcite were taped before time ran out; for whatever reason, they were never edited, and thus never broadcast.

For various reasons, ‘doing something about HCN’ never progressed further at that time, though Mr Nixon and I subsequently met a couple of times for lunch and continued to correspond intermittently (with me also the cc’d recipient of letters from him to various august bodies, including New Grove, politely but firmly correcting the canard that Wallace was the first-British-symphonic-poem pioneer). Then late in 1998 he suffered a severe stroke, and the following year he died. Though it is a permanent sadness that Anthony Nixon didn’t live to see the fruits of the continuing endeavours to bring his grandfather’s music to life, there is some consolation in that he was able to be present at the BBC sessions, and thus heard the one and only modern performance to date of at least parts of the symphonic poem.

So why a Toccata Classics blog about Henry Cotter Nixon? I hope by now two and two are starting to get put together. By the time Anthony Nixon died, Toccata Press was well established and I knew Martin was already envisaging the creation of a sibling CD label when time and resources allowed. HCN intermittently came up in conversation in following years, continuing by e-mail after I relocated permanently to the USA in 2004. But though Toccata Classics got under way in 2005, only in 2014 did an HCN recording start to get seriously talked about. The first thing that had occurred to me – as an easier place to begin than orchestral works – was a disc coupling the two Piano Trios (though they are of such Schubertian amplitude that it would more likely have been a twofer). However, most surprisingly, the first of them was recorded in 2012 by the London Piano Trio on Guild (the first and so far only recorded Nixon, since nothing ever appeared on 78 or LP), and so we went back to the idea of Palamon and Arcite, plus suitable filler(s).

In January this year Martin introduced me by e-mail to Paul Mann, conductor of the centenary Leif Solberg disc (TOCC0260) and the three-disc survey of the complete orchestral music of Charles O’Brien (Vol 1: TOCC0262). I am tempted to say that ‘the rest is history’ except that we, Paul in particular, are still making it, and the best is definitely to come! In April I took advantage of the time that retirement at last allows and spent a couple of days in the RCM Library, looking at and making notes about as many of the HCN manuscripts as possible. At my request the RCM had photocopied several of the orchestral MSS a few years ago for another (abortive) attempt to get an HCN performance off the ground, and these were retrieved and forwarded to Paul. This time around I asked the RCM also to scan most of the remaining orchestral pieces, and send these scans to Paul, too, so that he had as much as possible from which to form an opinion on Nixon’s œuvre as a whole.

I am not enough of a score-reader to get much idea of the sound or quality of an unheard work, and so I anxiously awaited Paul’s verdict. I was prepared to hear that, while the inarguable historical importance of Palamon and Arcite justified a recording, it would be politic just to add the least worst of the other pieces as filler for a one-off disc and leave it at that. This was emphatically not Paul’s view. Though conservative even for its day in its Mendelssohnian/Schumannesque idiom, Nixon’s music was, in his opinion, definitely worth performing. I don’t want to trespass on the detailed account of his editorial work on the scores that I hope Paul will write for a follow-up blog post, but we very rapidly went from that one-off disc to envisaging the complete extant Henry Cotter Nixon orchestral works on two discs… and equally rapidly, when Paul started detailed work on the manuscripts and began to think about adding editions of those works for which only parts have survived or were not completely orchestrated, the project upped from two to three discs — a Toccata Classics set to match the O’Brien already in the can.

It would be outside the scope of this blog to say much about the other pieces, but I can’t resist ending with a mention of one of those partially orchestrated ones — The Gay Typewriters. This head-swivelling title refers not to ‘homosexual word-processing machines but jolly secretaries’, to quote Anthony Nixon’s immortal words from one of his letters. HCN completed the vocal score of this ‘operatic farce’ on late-Victorian office life in 1895, but only orchestrated half of the Prelude before discontinuing work on the score for unknown reasons. Paul Mann’s realisation of the irresistibly Sullivanian Prelude is just one of the treats to look forward to in this edition.

One last thing: in his notes on his grandfather’s life and career, Anthony Nixon mentions several photographs of the composer, but none of these has been found in the material deposited at the Royal College of Music Library. There seem to be no surviving Nixon family members to which they might have been bequeathed, and the ‘usual suspects’ have already been approached as to whether their composer photo collections include any of HCN. If anyone can help, we would be very grateful!

After retiring as Secretary and then Chairman of The Havergal Brian Society, David Brown became one of its Vice-Presidents. In professional life, he edited for many years The Arup Journal, the flagship client magazine of the multi-national engineering design consultancy Arup, until his retirement in December 2014. He is the author of How They Were Built (Kingfisher Books, 1991), and Bridges: 3000 Years of Defying Nature (Mitchell Beazley, 1993; second edition, 2005). He currently lives in Western Massachusetts.
Categories : Guest Blog
Tags : Charles O'Brien, David Brown, Guest Blog, Havergal Brian, Henry Cotter Nixon, Paul Mann
Previous Post →
← Next Post