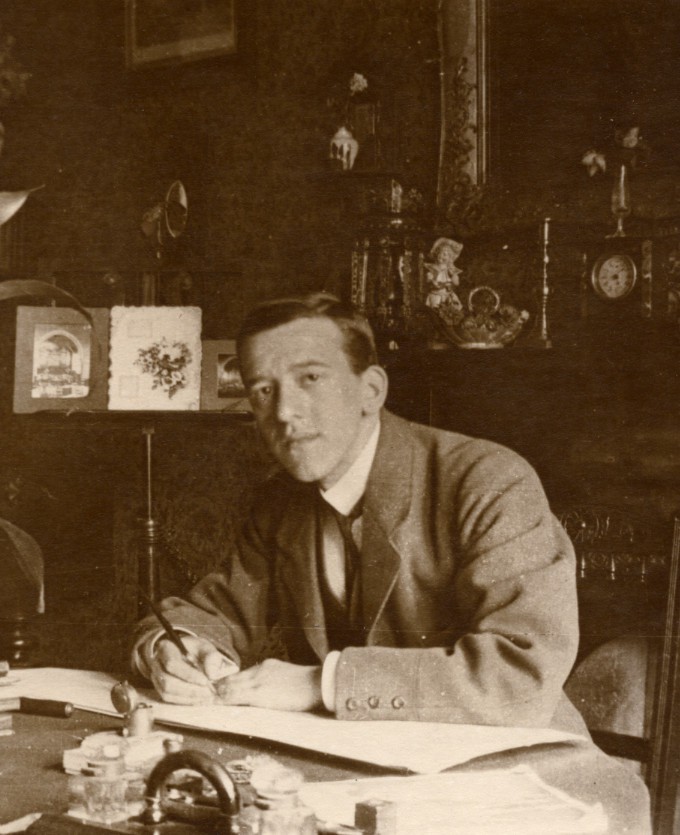 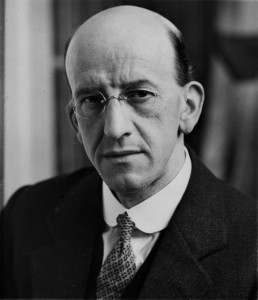 On Monday, 4 August, one hundred years to the day after the start of the first World War, I found myself flying via Frankfurt on Lufthansa to Riga to start the process of recording the orchestral works of my grandfather, the Scottish composer Charles O’Brien. Most of these works pre-date 1914, but the thought that a century later a Latvian orchestra is bringing these pieces back to life could only be possible after this extraordinary century. My grandfather never travelled outside the UK. His music was broadcast by the BBC in their early days, but not performed outside the UK in his lifetime. There is a family legend that a singer took some songs to the USA but went down with the sinking of the Lusitania. That was the extent of his international career!

Which brings me back to that Monday. I was on a German airline, heading for an ex-Soviet satellite country. How the world has changed! Not just over the last century, but in my lifetime too. Even thirty years ago this was unimaginable. Europe has achieved peace after the Second World War that has given our generation opportunities that have become possible thanks to living without conflict, and the inclusion of the ex-Soviet states in the Baltics through the European Union has added to this. For all that is wrong with the EU we should not forget this extraordinary achievement. We are the first generation in thousands of years of European history to live in peace… despite periodic rumblings too close for comfort in the Balkans, Ukraine and the Middle East. 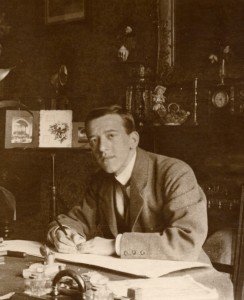 What my grandfather would make of this is hard to say. Over the last fifteen years I have managed to get performances of his works in the UK, Italy, Egypt and Oman. I am sure this would have surprised him. Martin Anderson, the driving force behind Toccata Classics, found out about our piano CDs and enthusiastically jumped on board. He found the Liepāja Symphony Orchestra, and made the connections so that this recording became possible, and the resultant CD will give my grandfather’s voice the chance to be heard around the world after a century of neglect. Yes, the world has changed for the better, and we are so lucky to be the first generation to enjoy this.

The week in August was primarily to meet everyone involved as they worked on the Toccata Solberg CD, but time was found to record two tracks. Now in December, the first week of recording begins. The half-light of the cold Baltic winter is a huge contrast to the sun in the summer. It is a surreal experience walking through the wintery streets to the recording hall, and finding this talented group of Latvian musicians launching into Ellangowan, and quickly being transported to the romanticised land of Sir Walter Scott’s Scotland. Our conductor, Paul Mann, has discussed the intricacies of the Scots ‘snap’ and traditional fiddle music, cajoling the orchestra into a splendidly authentic performance of the overture. Previous performances in my lifetime have suffered from too many cuts, partly because the music is not as easy as it looks and they did not have enough time for rehearsal, and partly confusion caused by the old original parts of the two different versions getting muddled, and harder to read after previous cuts. A new edition of both versions has been carefully prepared, and this uncut performance vindicates the composer. 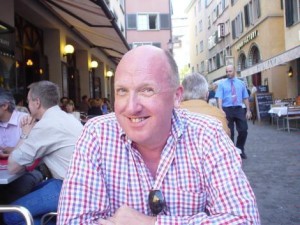 The Suite Humoristique was the fun I expected, but nonetheless the playful delight the composer takes in teasing us with glimpses of glorious melodies and tossing them across the orchestra only increased my admiration. And to top it all, his Symphony in F minor, not performed since the 1920s, will finally be put on disc. It is a revelatory experience. Of course you will expect me, his grandson, to be an enthusiast, but I respectfully remind you that, as a professional musician and composer in my own right, I have performed my fair share of works of variable standards. I do know a masterpiece when I hear one. Well, this symphony is the real deal. Exciting, engaging, and memorable, the rousing finale left me choked with emotion. Maybe the injustice of his neglect was partly to blame, but mainly it was the sheer beauty of this work. The orchestration is masterly, and each movement holds the attention throughout. What a privilege to be bringing this back into the world. Paul Mann, who prepared the performing editions and has become an enthusiastic ambassador, was similarly amazed. It really plays better than it reads. Paul has delivered a truly stupendous performance. I could not have asked for a better champion.

What happens next ? Another CD of orchestral works remains to be done, and then it is anyone’s guess. But I am confident this CD will bring a great deal of pleasure for those interested in a Romantic composer who happens to be Scottish operating in the early twentieth century. I have a sneaking suspicion they will want to play this again and again. Broadcasts and live performances? Yes, please! I will be doing my best but in the end it is over to you. Start lobbying once you’ve heard the music!