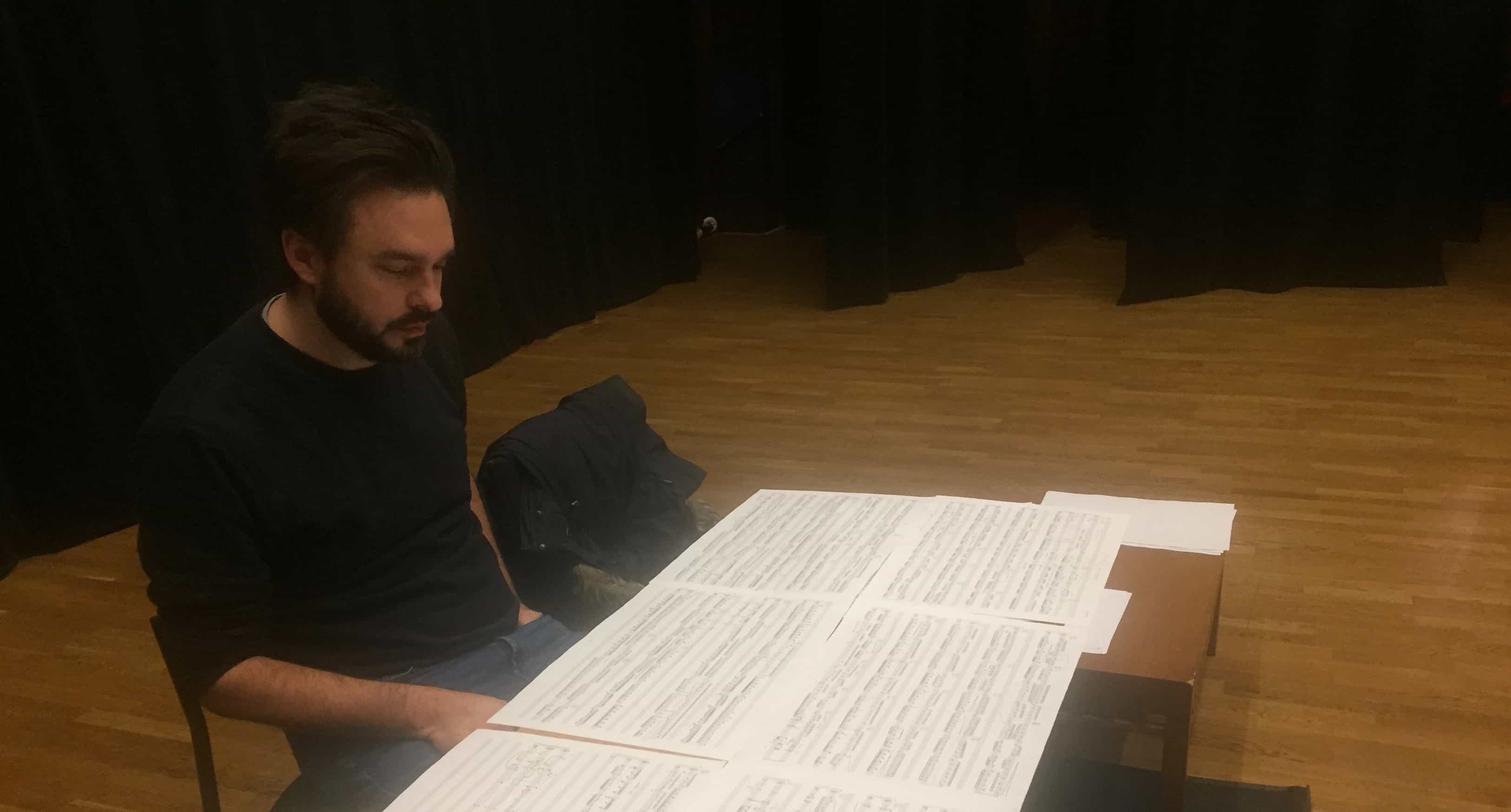 Martin Skafte at the sessions for this recording © Anastasia Belina

It all began with a strange thought: what if a piece of music should suddenly forget all about itself, with only its name left behind as a single reminder? And what if that piece was Debussy’s Prélude, ’The Girl with the Flaxen Hair’, now eager to recollect itself roughly 100 years after its conception?

These thoughts eventually resulted in a prelude of my own: ’Finding Memory Again’ (No. 7 of Book One of my 24 Preludes Inspired by Debussy). I then decided to continue with the ideas emerging through the process, expanding the scope of it all much further. Since I had now, in a way, started a dialogue between Debussy’s music and my own, I then wanted to learn as much as possible from these ’conversations’, gradually leading up to composing my own set of twelve preludes. Book Two then came about a couple of years later when I remembered how much fun I had had composing the first book. Working around the concept of remembrance really let me run free with my imagination, trying out new ideas for each piece, the goal being not to use the same idea twice.

Perhaps now would be a good time to clarify that I absolutely love Debussy’s piano music, even though I have, in a way, been tearing it apart for my own enjoyment. In that sense I am just like a child playing with – and breaking – what I enjoy the most. But in order to rediscover, one has to forget, and this suite of preludes is all about remembrance, all about playing with the concept of time, history and memory – just for the fun of it! As in: what if the past is not restricted to being something set, something finished – then maybe it can also be coerced into a state of constant movement, of change and uncertainty? Forced to it by the never-ending influence of the present exerted on our memories, their content, and thereby also their meaning?

’All that we know is inextricably linked with loss and forgetfulness. And what knowledge conquers is pitifully little in contrast to what it surrenders. One might even suspect it a fugitive; why else would it scorch the ground it leaves behind.’

– Karl Ove Knausgård, A Time for Everything
translated by Martin Skafte

Martin Skafte, born in 1980, is a Swedish composer known for his works for solo piano, chamber music, voice and choir. He came to international recognition in 2017 when his 24 Preludes, which bear the subtitle ‘Inspired by Claude Debussy’s Préludes for Piano’, were published by the leading Swedish publisher Gehrmans Musikförlag. He was invited to speak about the work to international audiences, including the Boston Conservatory at Berklee School of Music in the USA and the Norges musikkhøgskole and Musikhögskolan i Malmö in Scandinavia.

His music has been performed and promoted by the pianists Jonas Olsson (who performs the music on this Toccata Classics album and to whom Book Two is dedicated) in Sweden and Stephen Porter in the USA, among others. His piano music has also been championed by the leading Swedish pianist Peter Jablonski, for whom he has written a Fantasia on Two Pieces by Scriabin, premiered at the Karlskrona International Piano Festival on 14 November 2021. Among Skafte’s other notable compositions are three reworkings of selected mazurkas by Chopin, Three Études, Six Bagatelles (to be performed with Beethoven’s Op. 126 Bagatelles), a song-cycle, Preludier, for mezzo-soprano, Scala Fenicia for cor anglais and piano, a piano trio for viola, cello and piano, and Engång for mixed choir and solo soprano.

Skafte was educated in Sweden at the Gotland School of Music Composition in Visby, on the island of Gotland,  for two years, followed by a further five years of composition studies at the Academy of Music and Drama in Gothenburg. He has held artist residencies at the Visby International Centre for Composers in 2016, 2019 and 2020, and at the Villa San Michele in Anacapri, Capri, in 2019. He is the recipient of multiple grants and scholarships, which include funding from the Swedish Arts Grants Committe, Swedish Performing Rights Society (STIM), Helge Ax:son Johnsons Foundation and the Längmanska Foundation.

His current projects include the composition of his second piano trio and a piano concerto To The Lighthouse (based on the eponymous novel by Virginia Woolf) for Peter Jablonski. His compositions are published by Gehrmans Musikförlag in Sweden and Norsk Musikforlag in Norway.