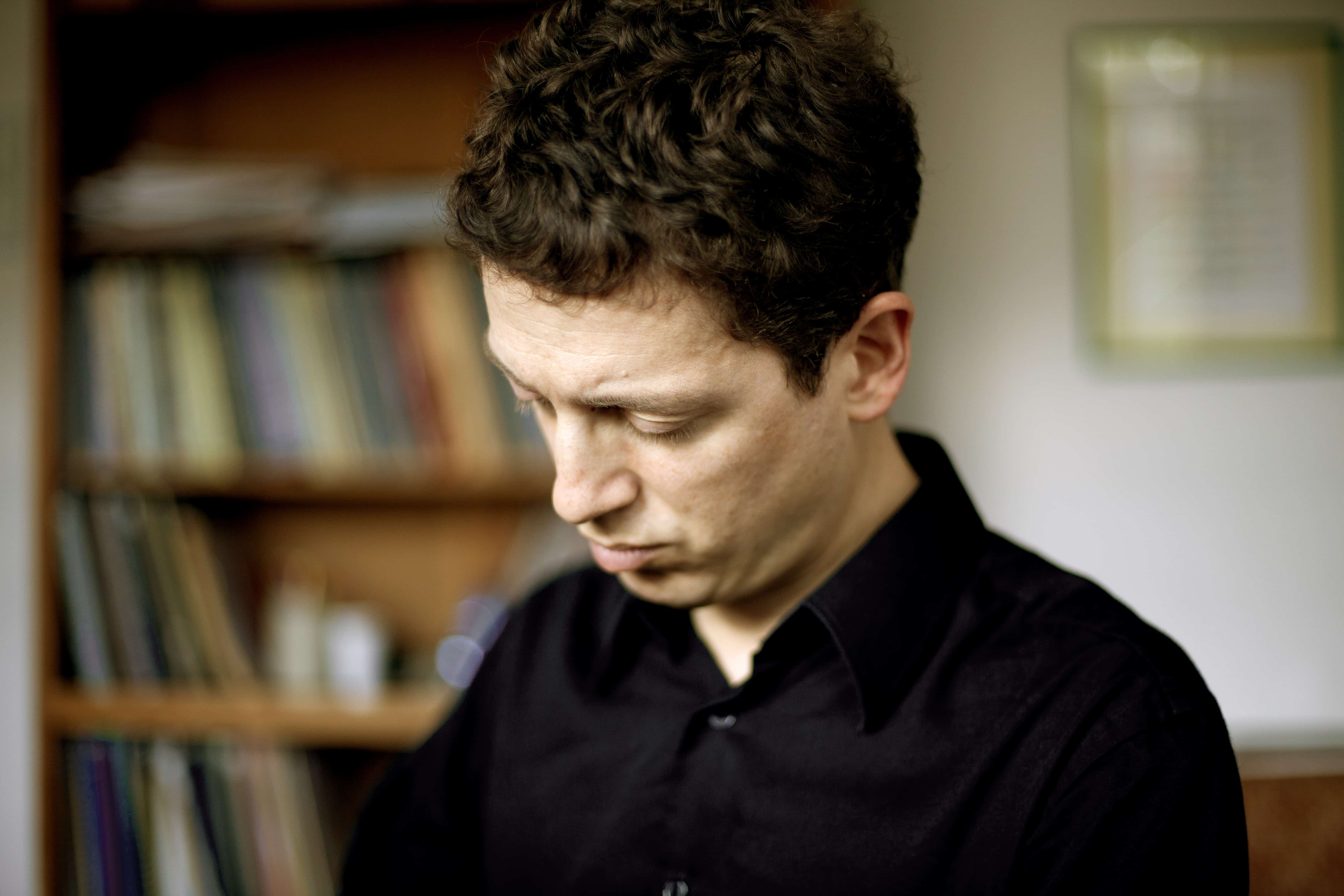 On 2 October Toccata Classics releases the first-ever album of the piano music of the Romanian-born, Paris-based Marcel Mihalovici (1898–1985), in performances by the Berlin-based American pianist Matthew Rubenstein. You can see Matt playing Mihalovici’s monumental Passacaille (pour la main gauche) below. In this blog, he relates how he approached the challenge of getting the work under the span of one hand.

Marcel Mihalovici seems to have surrounded himself with women who played the piano. One of them was his wife, the incomparable Monique Haas, to whom Mihalovici dedicated perhaps his most significant piano work, the monumental Ricercari, Op. 46 (1941). Haas also premiered and recorded another important work – perhaps her husband’s best for the instrument: the hauntingly beautiful solo Sonata, Op. 90 (1965). After the Ricercari, Mihalovici dedicated his next published collection of solo piano pieces, the charming Quatre Pastorales, Op. 62 (1952), to the couple’s long-time friend and colleague, Geneviève Joy, who happened to be married to the composer Henri Dutilleux. The four of them met during the war, when they were all involved in clandestine musical resistance against the Nazi occupation.

Then there was Lélia Gousseau and Mihalovici’s last work for the piano, the Passacaille (pour la main gauche), Op. 105 (1975). Lélia Gousseau was a renowned teacher with an illustrious solo career behind her when, sometime between the mid-1960s and the early ’70s, she lost the use of her right hand. Among her piano students at the École Normale in Paris were Pascal Devoyon and the redoubtable Émile Naoumoff. Monique Haas and Gousseau had been classmates at the Conservatoire in the 1920s, where they were among Lazar Lévy’s best students; but unlike Haas, Gousseau left behind only a small volume of recordings, of which a smattering can be seen (and heard) on YouTube. Unfortunately, those do not include Mihalovici’s Passacaille, the dedication of which is testament to a pianist of considerable imagination and formidable technique.

Once I had decided to record an album of Mihalovici’s solo piano pieces, there was just no way around the Passacaille! Upon first encountering the score, what I saw fascinated and intimidated me in equal measure. When it comes to making one hand do the work of two, Mihalovici takes no prisoners. I would love to have heard Lélia Gousseau’s own solutions to some of the daunting rhythmic-spatial challenges involved in making one hand play complex polyphonic textures, sometimes at high velocity, across the whole breadth of the keyboard. There are moments when I asked myself if Mihalovici ever actually saw a piano, let alone played one. But then the compositional intentions seem so clear, and the musical sweep of the piece so convincing, that I just had to have faith that the body, the music and the instrument would find a way to co-operate.

Harmonically, Mihalovici’s Passacaille is his most ‘modern’ piano piece. The passacaglia theme appears as a rhythmically ambiguous, snake-like bass melody, the chromaticism of which creeps along just outside the borders of tonality. For the most part, the variations unfold as you would expect for a work in this genre – except, of course, for the kaleidoscopic colours and ever-shifting characters entrusted to a single arm, four fingers and a thumb. According to the composer’s own testimony, the work is based on the famous etching by Albrecht Dührer, Melencolia I (1514), which exudes an atmosphere of gloom and darkness that also permeates Mihalovici’s musical rendering. One wonders if this mood is also some kind of private hommage to the emotional struggles of a pianist who could no longer exercise her art in all its fullness.

In its mood, its length and its pianistic demands, the Passacaille echos Mihalovici’s earlier study in variation form, the Ricercari of 1941. Both works are tours de force of post-tonal-but-not-so-avant-garde chromaticism. And both are well worth the time and attention they demand of the interpreter. Although I don’t know if anyone has publicly performed them since the women for whom they were written, I’m very happy to have been able to bring them together for the first time on one album. After many decades in the shadow of better-known contemporaries, Marcel Mihalovici is a composer whose rediscovery is long overdue.

Born in Washington, D.C., Matthew Rubenstein studied piano at the Manhattan School of Music in New York and the University of Illionois in Champaign-Urbana. Among his teachers were Edward Aldwell, Ian Hobson, Jerome Lowenthal, Daisy de Luca (São Paulo) and Charles Timbrell. He has performed as soloist, chamber musician and accompanist on four continents and garnered prizes in several international piano competitions. In 1999 he received a Fulbright grant to pursue doctoral studies in Berlin, where he now lives. A performer with a wide repertoire extending from Bach to the present, Matthew Rubenstein has often championed the music of twentieth-century composers off the beaten path. He has recorded solo albums of the piano music of Aribert Reimann (cpo) and Heinz Tiessen (Toccata Classics), as well as a portrait of the composers who were active in the Berlin-based Novembergruppe in the 1920s (Berlin Classics).
Categories : Guest Blog
Tags : Guest Blog, Marcel Mihalovici, Matthew Rubenstein
Previous Post →
← Next Post