Karol Szymanowski (1881–1937), the most important Polish composer after Chopin, wrote only two operas, the second of which, King Roger, completed in 1924, is a masterpiece. After decades of neglect this magnificent work has begun to receive more attention around the world, and this first extended study of King Roger investigates its origins, uncovers its ideology, examines its music and documents its history.

The book opens with an outline of the role the theatre played in Szymanowski’s career, from his early operetta, Lottery for Husbands, and the Straussian one-act opera Hagith, to his incidental music (Mandragora and Prince Patiomkin) and the rousing ballet-pantomime, Harnasie, based on legends from the Polish highlands.

In tracing the evolution of King Roger from conception to completion, Alistair Wightman, one of the leading Szymanowski scholars, examines the contribution of the co-librettist, Jarosław Iwaszkiewicz, and surveys the various strands which make up its ideology, from Euripides (The Bacchae) and Plato (Phaedrus and The Symposium) to works by Pater, Nietzsche, Merezhkovsky and Miciński. He charts Szymanowski’s fascination with the historical background of the opera, the world of the twelfth-century ruler of Norman Sicily, Roger II (1095–1154). Szymanowski’s own novel, Efebos, written in 1918–19 and only partially preserved, offers intriguing parallels with his opera.

Szymanowski’s opulent score, with its references to Byzantine chant and Arab music, is analysed with the aid of numerous examples, and the study is rounded off with an account of the performance and reception history of this breathtakingly beautiful work. In his Foreword Sir Antonio Pappano describes this books as ‘an essential guide to Szymanowski’s deeply disturbing but ultimately moving opera’. 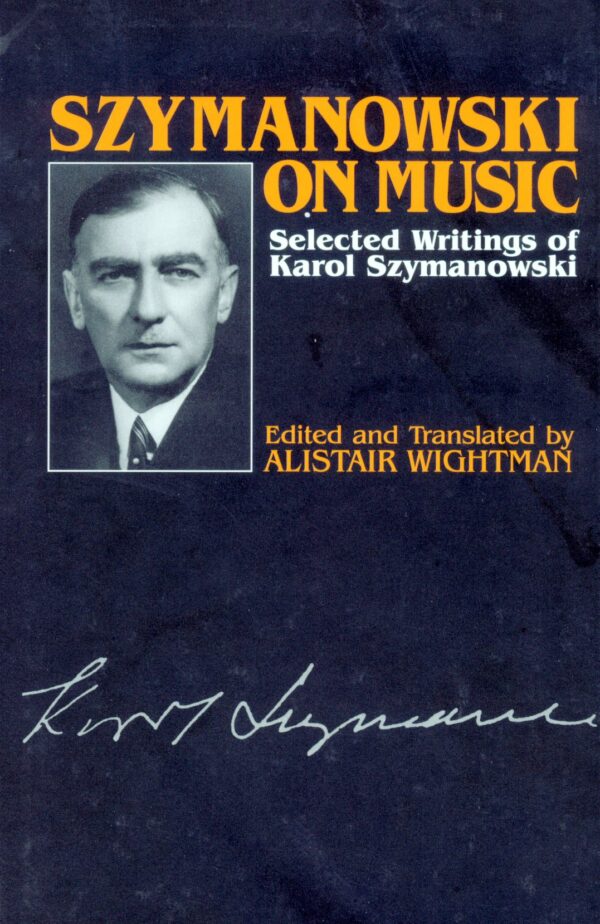