Karol Rathaus (1895–1954), born on the eastern fringes of the Austro-Hungarian Empire, was one of the myriad Jewish composers who had to abandon a successful career in Europe, where he wrote for stage, screen and concert hall, and flee to the USA; there he earned his living in academia, working in obscurity. This first recording of his piano music reveals a powerful and individual voice, where echoes of his distant homeland colour a musical language that is striking for its harmonic tension and rhythmic energy. 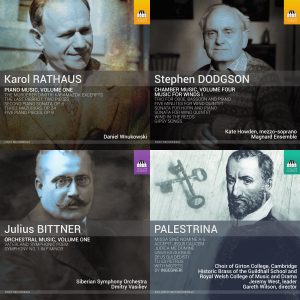