The American composer Arthur Farwell (1872-1952) is remembered as the leading member of a group of 'Indianists' who used Native American tribal melodies. But Farwell's stylistic range was much wider than is realised today. This CD, the first of two to be recorded by Lisa Cheryl Thomas, herself of Cherokee, Blackfoot and Sioux ancestry, presents first The Vale of Enitharmon, based on the mythology of William Blake, which mixes Romanticism and Impressionism. Impressions of the Wa-Wan Ceremony of the Omahas represents an American Indian ritual so revered that warring tribes would lay down their arms to let the procession pass. And the experimental Polytonal Studies pit two different keys against each other, exploiting the attraction of opposites to generate unusual harmonies and melodies. 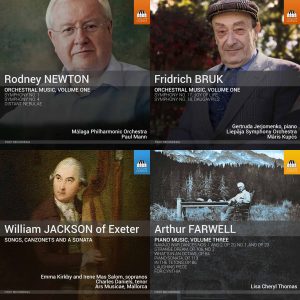