Boult on Music: Words from a Lifetime’s Communication

Sir Adrian Boult was one of the central figures in British music of the twentieth century. He wrote and broadcast frequently about music during the course of his long life. His style of expression – whether he was writing, speaking or conducting – was always concerned with directness and clarity of communication. Boult on Music assembles the most important of Sir Adrian’s articles and broadcast essays and talks, exploring many aspects of his art. He discusses composers he knew and worked with, like Elgar and Vaughan Williams, as well as such figures as Schubert and Bach. He examines the craft of his conductor colleagues, like Toscanini, Wood, Nikisch and Beecham, and of fellow musicians, like Menuhin and Casals.

Bernard Shore, for many years Sir Adrian’s principal viola in the BBC Symphony Orchestra and a distinguished writer on music, contributes a Foreword on “The Art of Sir Adrian”; and Vernon Handley, whom many regard as Boult’s successor as the most important conductor of British music, introduces Boult on Music, assembled as a tribute to this great and modest man. 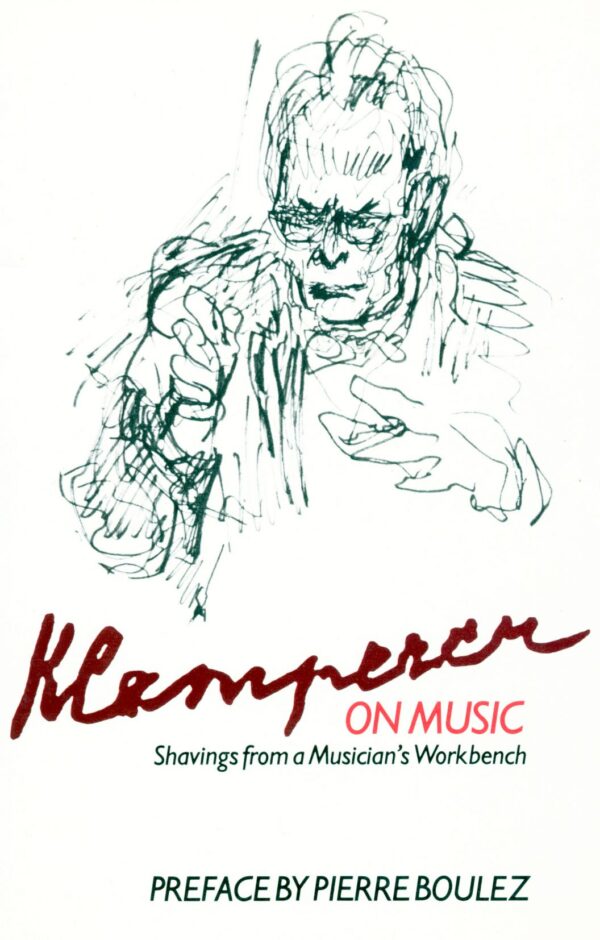 Klemperer on Music: Shavings from a Musician’s Workbench

2 reviews for Boult on Music: Words from a Lifetime’s Communication