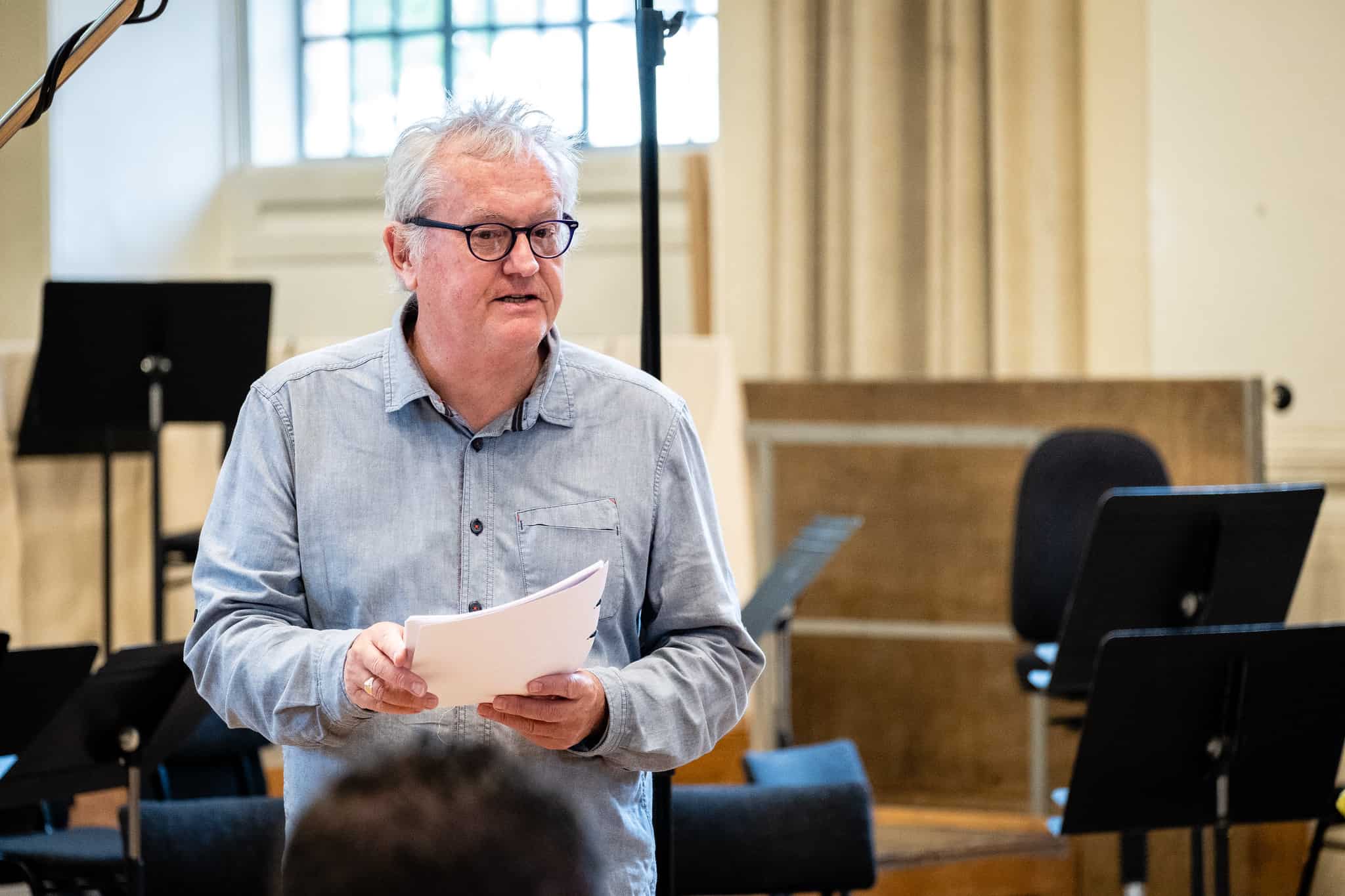 Steve Elcock has mastered the fast introduction. A device favoured by Berlioz gets a new lease of life: both Elcock’s Third (2005–10) and this new symphony, his Fifth (2014), have them – although the one in the Third keeps coming back, not that you know that on first hearing, whereas this one in the Fifth has only the one eruption. This innately theatrical gesture raises the curtain on what is to follow. And as with Berlioz, that master of surprises, the audience can’t tell what scene awaits it when the lights on the Elcock stage go up. And there seems to be the ghost of a German composer in the wings, too – I haven’t yet read the booklet essay with the new Toccata Classics album in which this symphony appears but I assume that that ghost is there for a reason. After the frantically reiterated tattoo of four notes (yes, that type of pattern), the main body of the movement starts from low murmurings, as if a landscape were slowly being explored in the dark. The vista that gradually opens is of a searching eloquence – I say searching, for nothing in Elcock is easily won. The knots of the musical mind are unravelled before the listener, or sometimes twisted, as if the form were realised as a result of discovery and active participation in real time. I know nothing of Elcock’s methods – perhaps he plans everything on a grid beforehand – but the effect is of organic momentum, with the growing pains of motifs and patterns displayed in all their conflicted striving. Here lies a way into the power of the music to jolt, to surprise and to move. How to explain the spiteful rasps of sul ponticello that pucker the dwindling lines of the coda? The phrases weave and grow to something like a redemption of their travails, but then seem to enter an entropic state where the effort of continuation leaves them vulnerable to fault lines.

The Third Symphony revealed Elcock’s skill at scherzando writing. In the Fifth interlocking ostinatos of phantasmal figures flit and scurry, even dementing the listener as if caught in a nightmare pursuit – the maddening corridors of Uncle Silas’ mansion, say, offering no escape. The aesthetic is a gothic of the unconscious and is made audible by Elcock’s relentless virtuosity in insidious orchestral crescendi. Other scherzos are grim (Shostakovich has many) or ironic (Mahler, for example), but this way of doing things is Elcock’s and his alone.

In the third movement there is a disarming simplicity to clarinet and oboe melodies – as if they have wandered in from a Thomas Hardy short story – but, like Hardy’s characters, are at the mercy of the environment in which they find themselves. And Elcock can reframe easy appearances with shifting lights and grainy textures. The languidity becomes troubled as percussion and, later, flurries of woodwind instruments scar the surface. Elcock might baulk at this Pantheistic fatalism, and a technical appraisal might afford just as much illumination; an exploration of his chiaroscuro effects might be a starting point.

The finale of Beethoven’s Fifth (it has been him all along) is quickly decapitated (a Berliozian scaffold?), and another boisterous ride in the Elcock vortex begins. The last movement brings together many strands of Elcock’s art. Seething counterpoint is ever-present and there is volatility in all parameters: rhythms trip over themselves, melodies sing and fizzle like glorious comets slipping their orbits, fughettas get railroaded by violins, one by one, clinging onto notes to form webs of spidery silk – the sort of thing Ronald Binge might have done had he ventured an atonal Mantovani album. I am making the music sound too much like Sheridan Le Fanu’s Uncle Silas again, but OK, it’s also witty and magical in its episodes; perhaps this glimpsed magic hints at some ephemeral ‘wands of youth’, filtered through an Elcock time-warp. In truth, there is not much let up in the finale. Nor should there be with music this good, this exhilarating. The confidence is bracing. If Beethoven emerges even more obviously in the coda to the symphony, it not only brings back into focus the hints of the introduction, but offers a view of a deeply felt rather than flippant homage – and allows an understanding that places Elcock in a lineage that might include Nielsen, Pettersson and Simpson. This Fifth Symphony sounds as if it was an exhilarating work to write, and Elcock has triumphed in seeding this sense of creative energy and joy in this listener at the very least. I have no doubt it will do so in others. From one Fifth to another: ‘Hail fellow, well met!’

David Hackbridge Johnson was born in Carshalton and now lives in Tooting, south London. He has written over 500 works, three of which can be heard on a recent Toccata Classics release with the Royal Liverpool Philharmonic Orchestra conducted by Paul Mann.  When not composing, performing or teaching music, he writes poetry.
No Comments
Categories : Guest Blog
Tags : David Hackbridge Johnson, Steve Elcock
Previous Post →